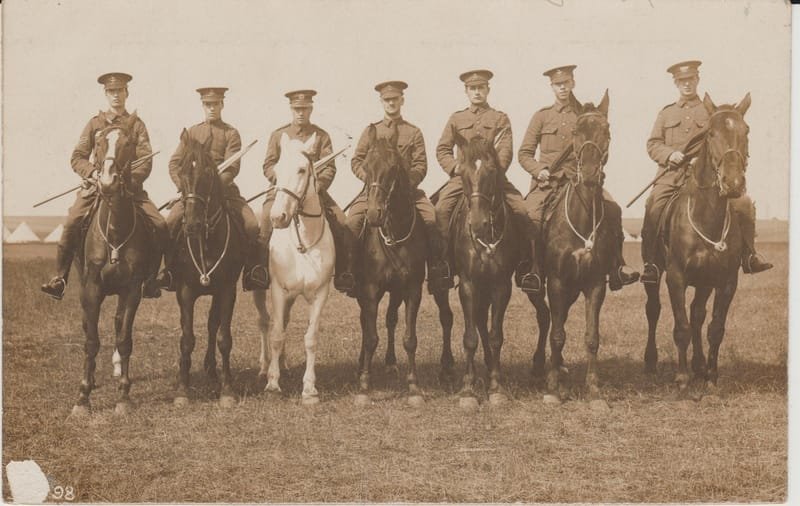 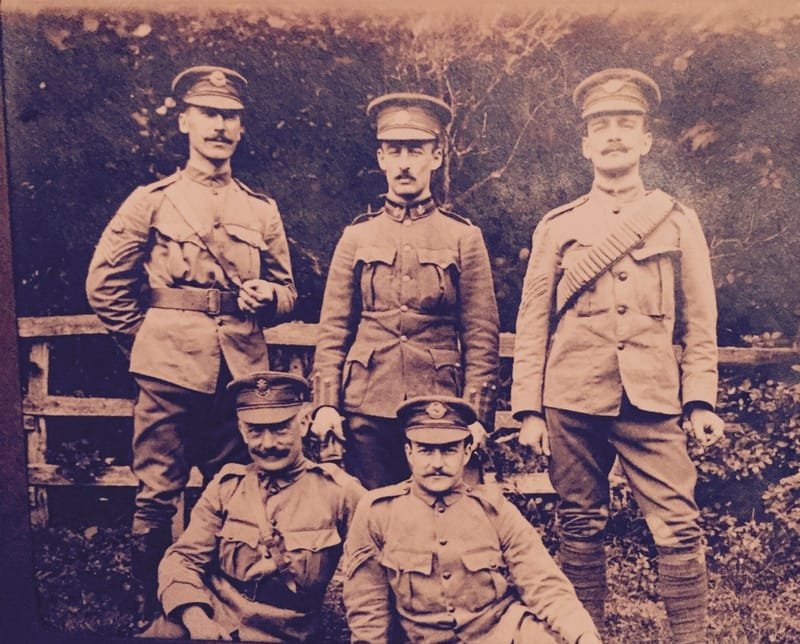 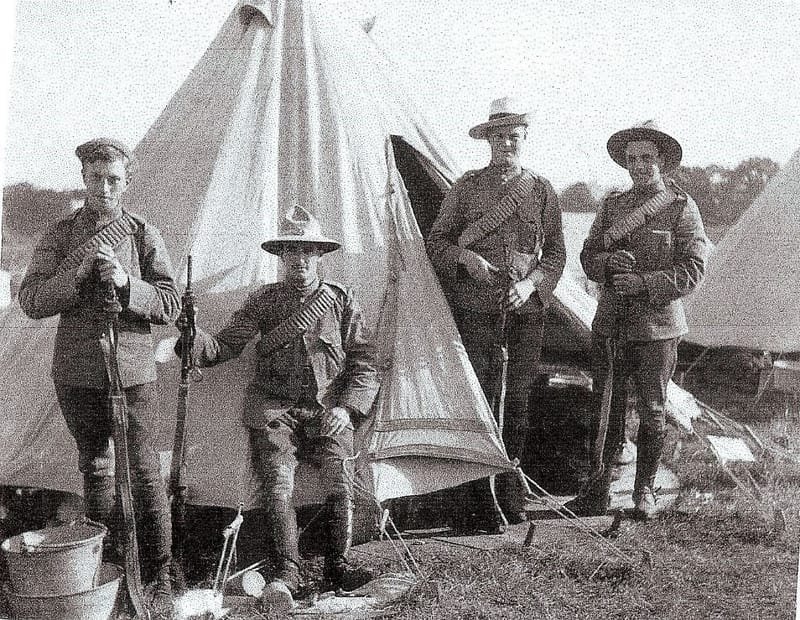 The Officers and Other Ranks of the King’s Colonials Imperial Yeomanry wore the standard British Army Service Dress khaki tunic with a stand-and-fall collar with or without shoulder chains from about 1904 (Figures 109--111).  Regulation Service Dress replaced both Full Dress and Undress uniforms for the King’s Colonials Imperial Yeomanry from about 1907 when it became standard uniform for the cavalry and yeomanry.   The Officers rank was displayed on the cuff from 1907/08.

Figure 111:  A photograph of Private Sydney Harris (sitting) and fellow Troopers of ‘B’ Squadron (British American) during the annual camp of the King’s Colonials Imperial Yeomanry wearing different styles of unofficial Undress uniform headdress and Boer War period, 50-round Mills equipment webbing bandolier circa 1905.  Private Harris and the Trooper on the far right are wearing a distinctive New Zealand ‘Lemon-Squeezer’ headdress and the Trooper second from right is wearing his Full Dress Sombrero hat with the brim turned up to one side and without the plume of cock’s feathers (Courtesy of Carole McEntee-Taylor. From Colonial Warrior to Western Front Flyer: The Five Wars of Sydney Herbert Bywater Harris. London: Pen and Sword, 2015).