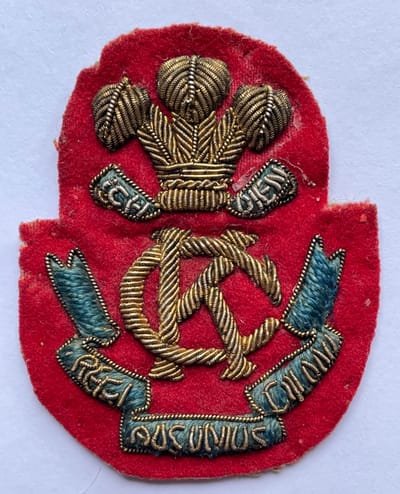 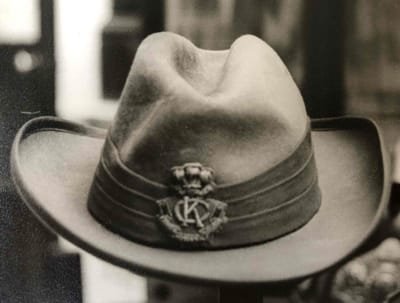 Shown in Figure 193 is a second pattern Staff Officer’s Regimental King’s Colonials Regimental badge embroidered in gold on a scarlet ground with garter-blue scrolls. This badge was worn from 1904-1910 on the Sombrero hat as shown in Figure 194. The wearing of bullion badges for yeomanry regiments of the Edwardian period is well documented.

Figure 194: Photograph of the embroidered second pattern Regimental King’s Colonial headdress badge as worn by a Staff Officer (in the style of KK 1371) on the second pattern Sombrero hat (Noted and also pictured in Keith Hook and David Knight: The Badges, Titles and Buttons of King Edward’s Horse. Journal of the Military Historical Society. 251:70-78, 2018).