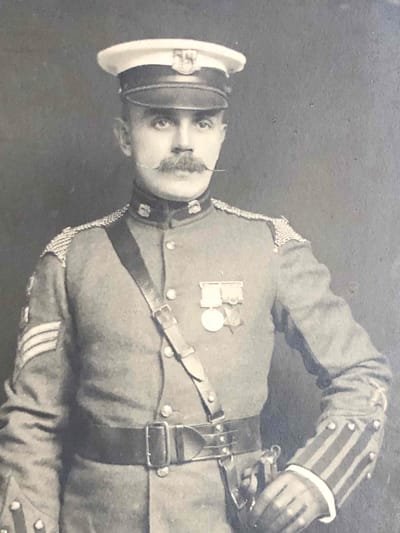 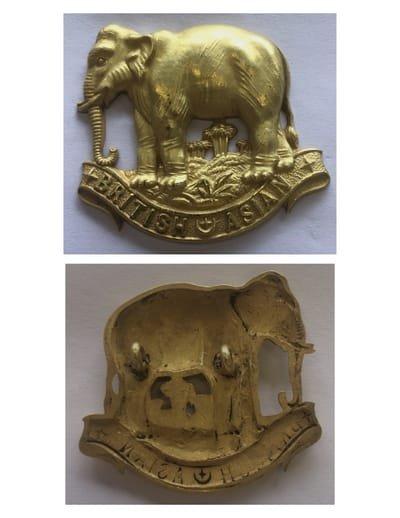 The headdress and collar badges of 'A' (British Asian) Squadron are as described for the headdress badge by Kipling & King (KK) with the badge reference number:

‘Depicted a large (Asian, short-eared) Elephant with a palm-tree background and a scroll at the base inscribed British Asian, the two words divided by a star and crescent. In brass’ (KK 1373).

The ‘A’ Squadron headdress badge is shown being worn with matching collar badges in Figure 208.