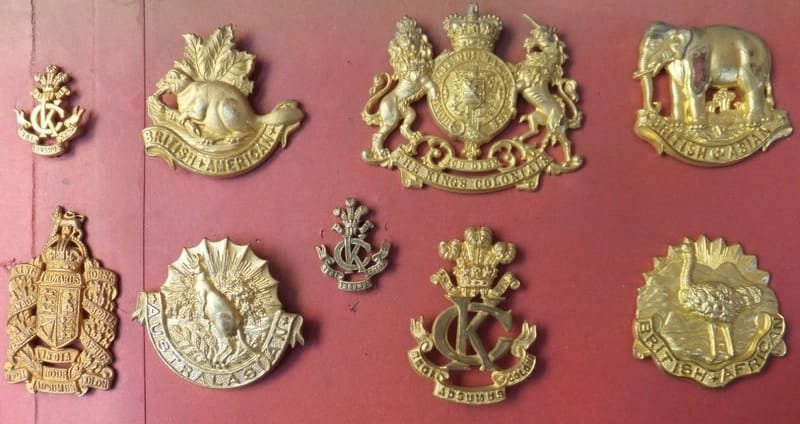 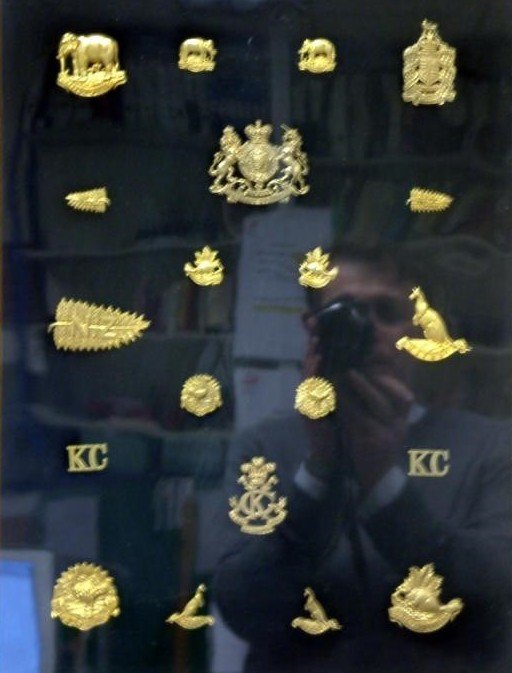 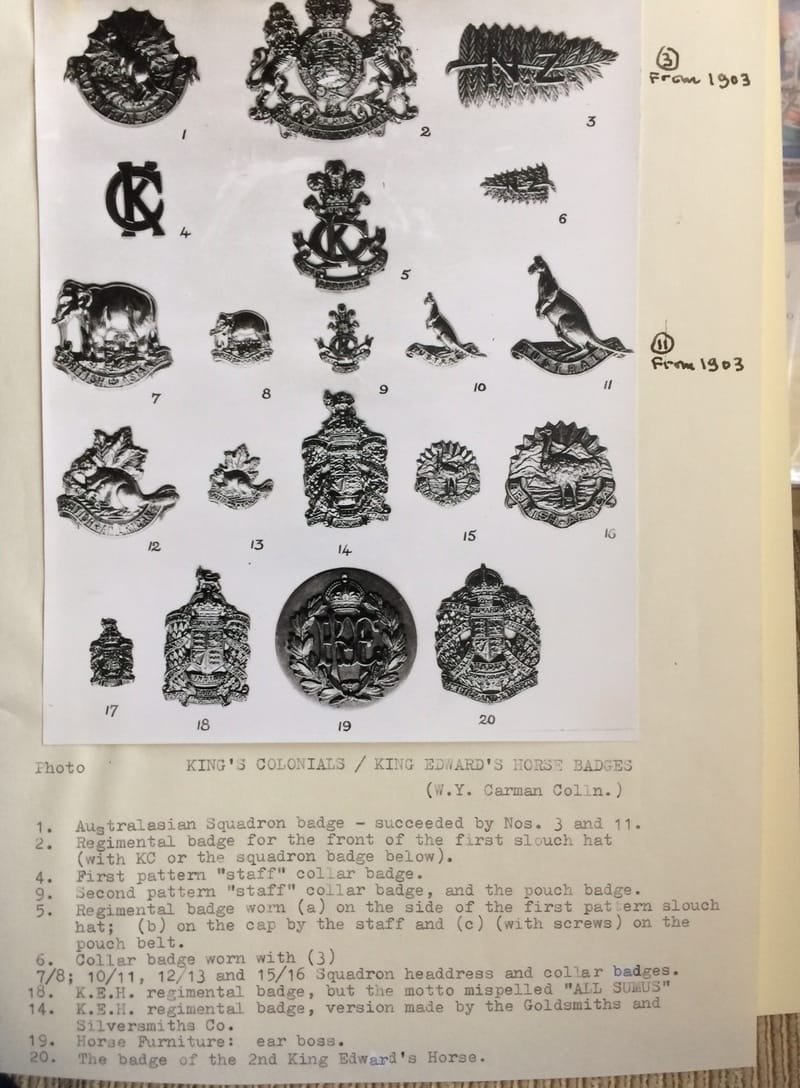 The headdress badges of the King’s Colonials and later as King Edward’s Horse (the ‘Regiment’) have been extensively copied.  The Regiment was a volunteer unit and the uniforms, headdress and collar badges were all privately purchased and are of a superior quality and finish.  Copies of the Regimental headdress badges although generally of an inferior quality and finish can be difficult to distinguish from an original badge without experience.  This is especially the case when looking at badges offered for sale on the internet where the images may not show the fine details particularly well.  There is no real substitute for having the actual badge in your hand for close-up examination under a magnifying loop.  To date the Regiment’s collar badges and shoulder titles do not appear to have been copied.  All the examples of collar badges and shoulder titles examined to date have been of a high quality and lacking imperfections in their finish and loop attachment that commonly occur when badges are copied.  Anecdotally, the collar badges and shoulder titles unlike headdress badges are much harder to find being offered for sale, consistent with them not having been copied.  Purchasing headdress badges of the Regiment without provenance and/or from other than a reputable dealer without close inspection is not recommended unless you are buying a copy knowing it is a copy perhaps to use as a representative gap filler.

A significant problem with authenticating headdress badges to the Regiment is to determine what are correct reference sets of genuine badges to compare them with.  It is possible that pattern cards exist (or existed) for the badges of the Regiment. Figure 157 shows a collection of the Regiment’s headdress and collar badges from the J. R. Gaunt & Son Ltd Pattern book circa 1904 on a red background.  This set was sold a number of years ago by John Burridge Military Antiques, Australia.  These headdress badges have a distinctive gilt finish and are Officer’s badges except for the later King Edward’s Horse headdress badge (bottom left hand corner) which was worn by Other Ranks.  The collar badge in the top left hand is also an Officer’s gilt badge whereas the collar badge towards the centre is gilding metal and is assumed to be an Other Rank’s collar badge.  This set was originally sold at auction in the United Kingdom in 2011 by auctioneers Dixon Noonan Webb.

A collection of the Regiment’s headdress and collar badges and shoulder titles was donated by R. C. Whittock to the National Army Museum (Figure 158) and were described in an article by him (R. C. Whittock: The Military Historical Society, XVII: 61-65, 1967). These badges also have a distinct gilt finish or yellow brass finish.

Several of the King’s Colonials headdress and collar badges in the authors collection were part of a display set of badges manufactured but not marked by Firmin of London. To date the only other maker ascribed, genuine Regimental headdress or collar badges that have been noted are the first pattern King Edward’s Horse headdress badge (annotated as number 14) made by the Goldsmiths and Silversmiths and Co. London in the collection of W. Y. Carman (a respected author and authority on British badges and military uniforms), illustrated in Figure 159 and the King Edward's Horse Officers round pattern headdress badge in bronze shown in Figures marked with Jennens & Co London. Given that the Regiment was predominantly based in London in addition to Firmin; and Goldsmiths and Silversmiths it is likely that the suppliers of their badges may include J. R. Gaunt & Son; Bent & Parker and Jennens & Co.