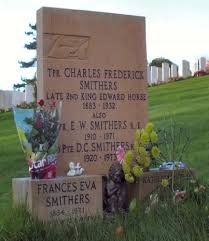 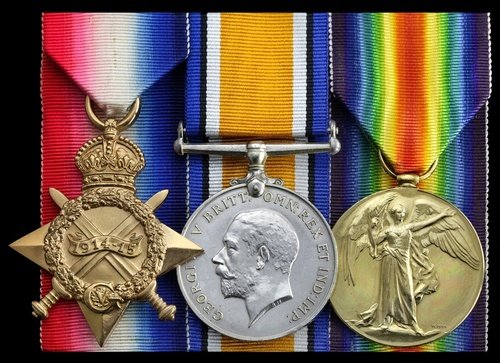 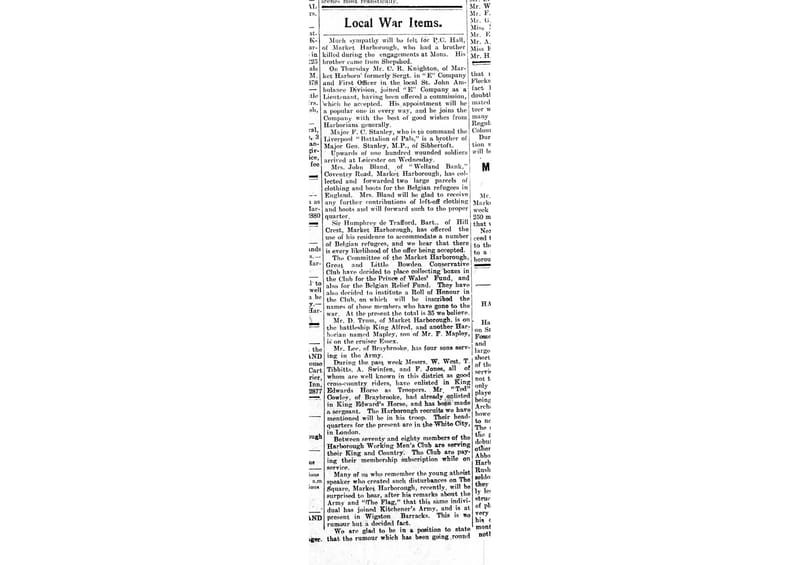 SCALLON, Ernest Wilmot. 1172. Private. KIA 23/05/1915 at the Battle of Festubert aged 24. He was born in 1891 and was educated at Malvern College as a day boy 1907 – 1909 at House IV. He was a school prefect and Head of House. On leaving school he went out to an uncle in the Argentine and for two or three years held a good post on one of the estancias (cattle ranches) there. A fearless horseman, he and several hundred others sailed for England when War broke out; after visiting his parents in Malvern, he refused two commissions and joined as a trooper in the King Edwards Horse at Hounslow. In May 1915, after the Canadians were so badly cut up in their famous charge, the Lord Strathcona’s and King Edward’s Horse volunteered to act as infantry, Trooper Scallon was amongst these volunteers and was killed by a shell blast on the 23rd May. A friend later wrote to his parents: “I can assure you that his death was instantaneous and that he was doing his duty at the time.” He was the third son of the Master and Secretary to Malvern College, Mr Edward Brand Scallon and Frances Bradley Scallon of St Martins, Malvern and nephew of Lieutenant-General Sir Robert Scallon of the Indian Army and Mr H B Bennet of Malvern Link. Referenced in Malvern News 5/6/15, 12/6/15, Malvern College Register.

STACEY, Reginald Howard 1115. Lieutenant R. H. Stacey, Royal Air Force, late King Edward’s Horse, Royal Sussex Regiment and Bedfordshire Yeomanry and Royal Flying Corps, who was seriously wounded in a combat over Bailleul in May 1918. 1914-15 Star (1115 Pte., K. Edw. H.); British War and Victory Medals (Lieut., R.A.F.). Reginald Howard Stacey was born at Houghton, near Arundel, Sussex in October 1892 and was educated at Haileybury. Enlisting in the Royal Fusiliers in September 1914, he transferred to 2nd King Edward’s Horse as a Trooper in the following month and served in the same capacity out in France from May 1915 to January 1916, when he returned to the U.K. and was commissioned as a 2nd Lieutenant in the 2/4th Royal Sussex Regiment. Having then transferred to the Bedfordshire Yeomanry, he applied to the Royal Flying Corps for pilot training and qualified for his “Wings” in February 1917 (Certificate No. 4405). He subsequently served out in France in 29 and 11 Squadrons, May to August 1917, but was invalided home to hospital in the latter month. Returning to duty in the U.K. with No. 85 Squadron that November, he transferred to No. 41 Squadron, an S.E. 5a unit out in France, shortly afterwards, and must have flown numerous sorties prior to being seriously wounded in a combat over Ecquedecques in the early evening of 11 May 1918, most probably by enemy ace Leutnant Kurt Monnington of Jasta 18. Absolutely certain is the fact his wounds - caused by a brace of machine-gun bullets - resulted in the amputation of his left leg below the knee, and he was invalided out of the Royal Air Force in April 1919, following a special medical board held at Caxton Hall in London. Settled post-war in Southern Rhodesia.  Medals sold at auction by Dix Noonan Webb, UK in June 2008.

STAFFORD, Arthur Heneage. A Second World War O.B.E. group of eight awarded to Lieutenant-Colonel Arthur Heneage Stafford, Fiji Defence Force, late Machine Gun Corps and King Edward’s Horse, latterly Chief of Staff, Fiji Military Forces. The Most Excellent Order of the British Empire, O.B.E. (Military) Officer’s 2nd type breast badge, silver-gilt; British War and Victory Medals (Lieut.); Defence and War Medals; Coronation 1937; Coronation 1953, these unnamed; Efficiency Decoration, G.V.R., Fiji, reverse inscribed, ‘Mjr. A. H. Stafford’, mounted as worn; together with National Rifle Association Medal, obverse, an archer and a rifleman (Capt. A. H. Stafford, Fiji Defence Force 1934). O.B.E. London Gazette 13 June 1946; Fiji Royal Gazette 21 June 1946. Arthur Heneage Stafford was born on 23 November 1895, and was educated at Chatham House School, Ramsgate. During the Great War he served in the Army. As an Officer Cadet, he was granted a commission in the Special Reserve of Officers as a 2nd Lieutenant in the 2nd King Edward’s Horse, 21 December 1916. He was transferred to the Machine Gun Corps (Cavalry) as a 2nd Lieutenant on 14 January 1918; he was promoted Lieutenant, King Edward’s Horse, 21 June 1918. He entered the France/Flanders theatre of war on 23 April 1918. He resigned his commission on 1 April 1920 and retained the rank of Lieutenant. Stafford then spent the next 30 years in Fiji, being ‘temporarily and provisionally and subject to the approval of the Secretary of State for the Colonies, Adjutant, Fiji Defence Force, with effect from 1st February 1924’ (Fiji Royal Gazette 1 February 1924). From the same date he was appointed Secretary of the Fiji War Pensions Board. Ranked as a Captain, he was confirmed as Adjutant in June the same year. Captain Stafford was appointed an Honorary A.D.C. to His Excellency Administering the Government on 19 November 1932; and again on 11 May 1934 when he was appointed an Honorary A.D.C. to His Excellency the Governor. As a Major, Stafford was awarded the Efficiency Decoration (Fiji), published in the Fiji Royal Gazette of 30 April 1937. In the same year he was awarded the Coronation Medal (Fiji Royal Gazette 12 May 1937). During the Second World War he was actively engaged with the Fiji Defence Forces. On 6 November 1940 he was appointed Second in Command of the 2nd Battalion Fiji Defence Force and early in 1941 he was appointed temporarily Commanding Officer of the 2nd Battalion, and he was also Commandant of the Natabua Training Camp. In June 1941 he was transferred to the 1st Battalion as Second in Command. In 1942 he became Staff Officer, Administrative H.Q., and later on in August 1942 he was promoted to Lieutenant-Colonel and appointed C.O. of the 2nd (T) Battalion. From 1 June 1943 he commanded the Base Training Depot and in October 1944 he was appointed to Administrative H.Q. as Senior Staff Officer. For his military services during the war he was awarded the O.B.E. After the War he was Acting Commandant of the Fiji Military Forces and later Chief of Staff. In 1953 he was awarded the Coronation Medal (Fiji Royal Gazette 2 June 1953). Lieutenant-Colonel Stafford, O.B.E., E.D., was placed on the Retired List on 20 November 1954. The Efficiency Decoration, by J. M. A. Tamplin, lists a total of 25 Efficiency Decorations (Fiji) listed in the Fiji Royal Gazette between 1936-74. Sold at auction with copied photograph and copied research, including extracts from The History of the Fiji Military Forces 1939-1945 which have reference to Stafford by Dix Noonan Webb, UK in March 2009.