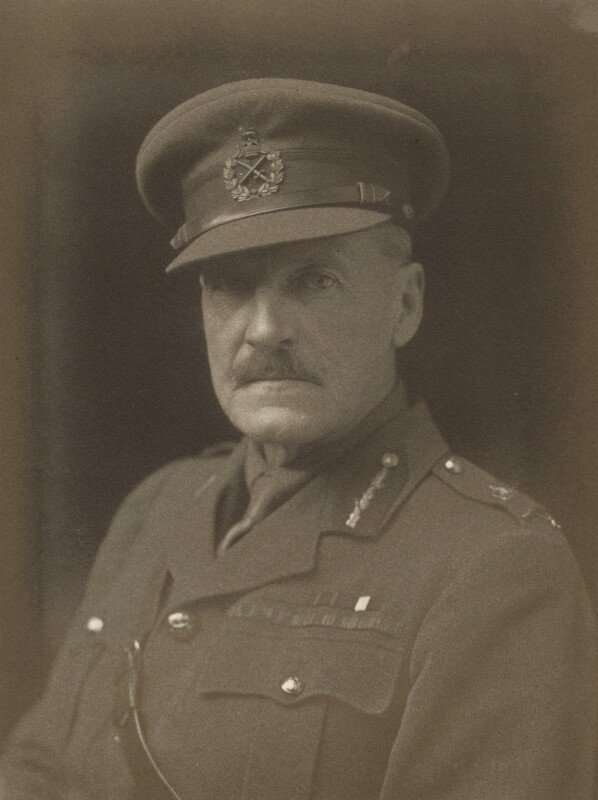 The first recruit sworn into the King's Colonials was Private Henry S. Cubitt who was curiously given 32 as his Regimental Number on 4th January 1902.  The first muster of the Regiment was held on 11th February 1902.

Lieutenant Colonel Willoughby Wallace became the first Commanding Officer and Captain Robert Roland Thompson (late of the Australian Horse) was appointed Adjutant; Captain Sir Robert Bailie (Australia) and Mr John Howard (Canada) were appointed as Captains; and George Hamilton (South Africa and Chile) and A. G. Berry (Australia) as Lieutenants (Figure 4). Volunteers came from the upper echelons of society from Colonial outposts and funding came from the Dominion Government’s that sponsored their own particular Squadrons. A cavalry or yeomanry Squadron is the equivalent of a company in an infantry Regiment and was comprised of about 120-150 Officers and Other Ranks. A cavalry or yeomanry Regiment would generally be made up of four Squadrons.

The King’s Colonials established their Headquarters at 30 Charing Cross Road and drilled in a hall at 304 King’s Road in Chelsea (Figure 4). By April 1902, the Regimental strength was 190 and a Regimental band had been formed. A representative Squadron was present at King Edward’s Coronation Review on 12th June 1902 and Lieutenant George Hamilton, one NCO and eight Troopers attended the King Edward VII’s coronation on 9th August 1902.

In 1903 it was proposed that the Regiment initially form "Colonial" Squadrons to represent each of the overseas Dominions:

The same year, the Regiment commenced training at Latimer Park with a strength of 18 Officers and 202 Other Ranks.

It was again divided into four Squadrons with three Troops per Squadron:

The King’s Colonials purchased a Pegasus car for conveying their Officer’s for inspection duties in 1902 and were a fully independent unit with their own battery of machine guns (see Annual Camps section), a corps of signalers and an ambulance corps.

Upon retirement of Lieutenant Colonel Willoughby Wallace on the 19 April 1904, command of the Regiment passed to Lieutenant Colonel Honourable Herbert Alexander Lawrence, late of the 17th Lancers (Figure 6). The Regimental Headquarters moved to Gloucester Terrace, London. The early years of the King's Colonials were not without difficulties as the Regiment was short of funds for many years. The assumption had been made that wealthy Colonials and Dominion Governments would financially support the newly formed Regiment but the reality was quite different.

On the 7th April 1905, the Regimental title was shortened to the simpler "King’s Colonials Imperial Yeomanry”. The Regiment thanks to Royal patronage and colourful uniforms provided a Guard of Honour for numerous overseas dignitaries.