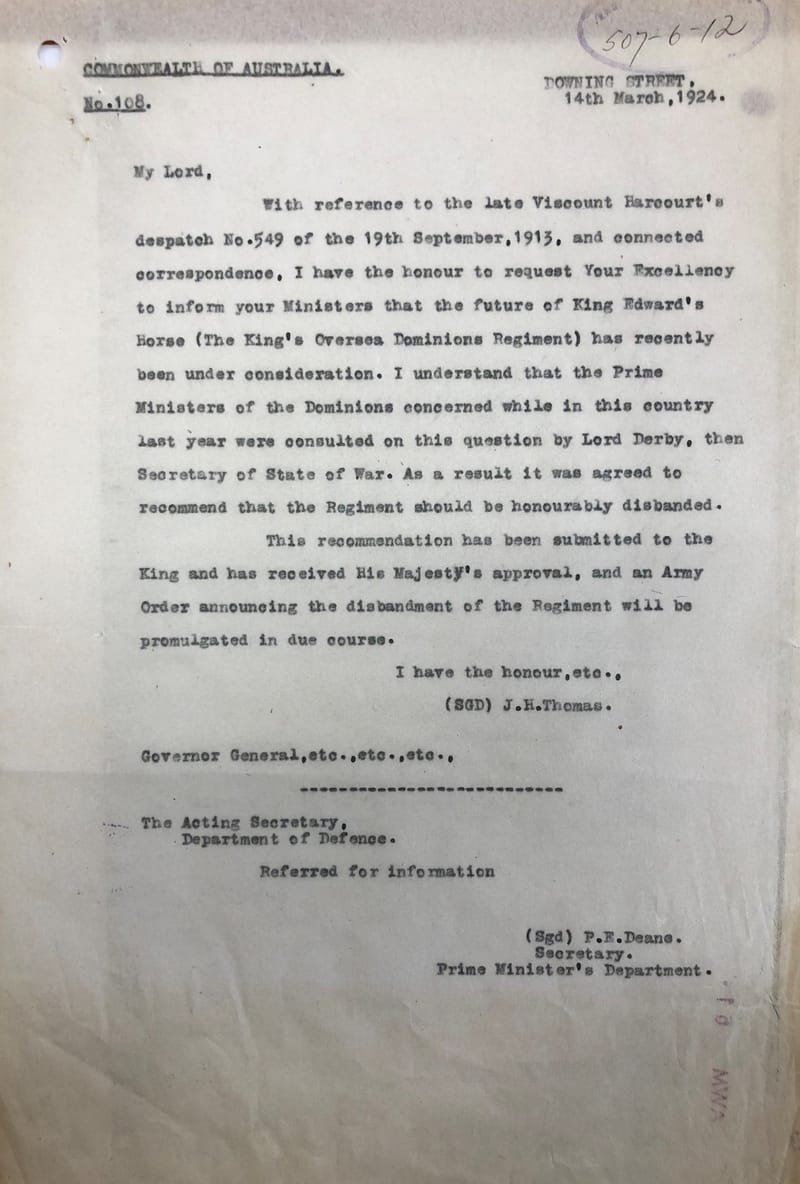 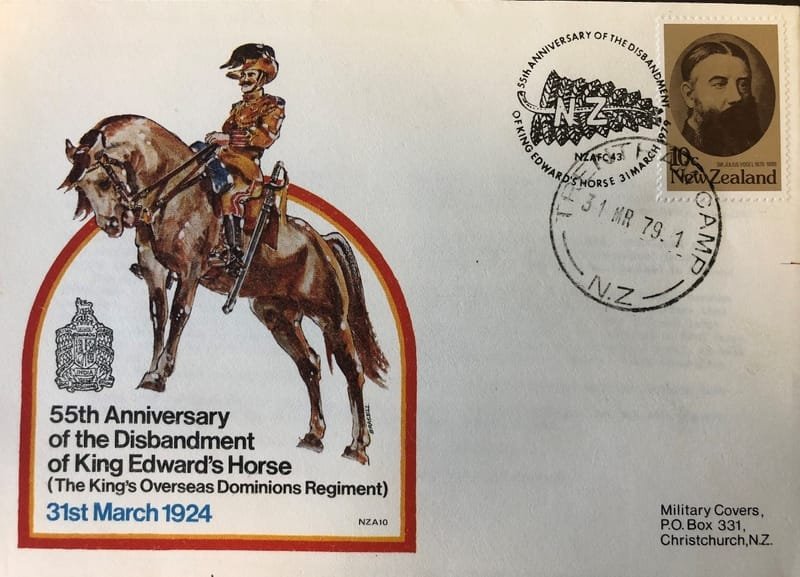 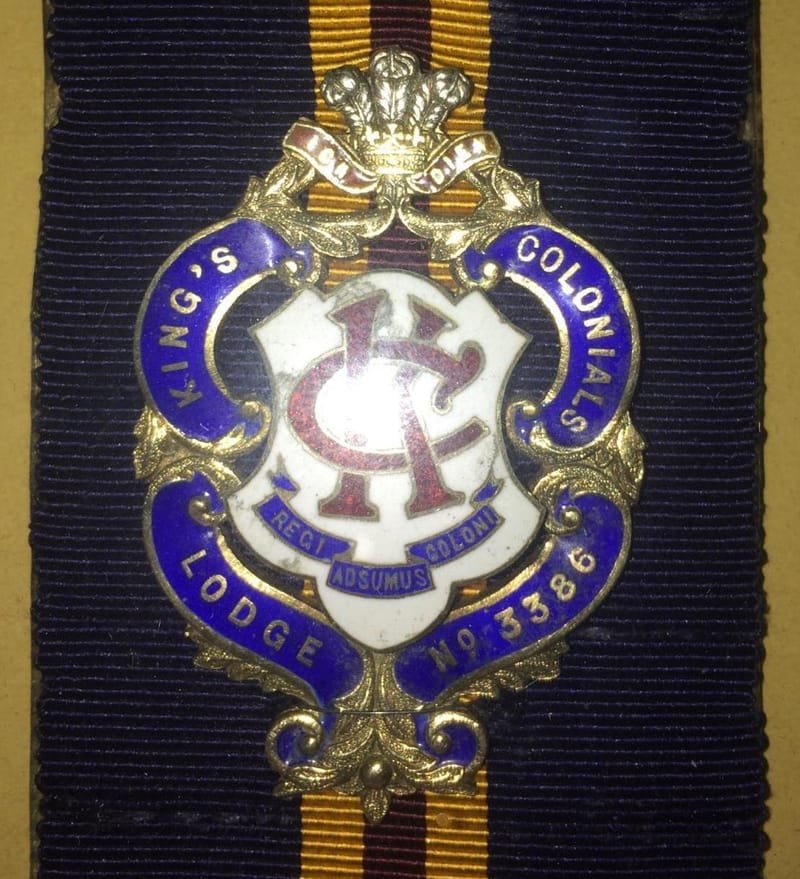 The following Great War Battle Honours were awarded to the Regiment:

The Regiment fought with great distinction at La Bassee Canal on the 12th April 1918 where it held three bridges near Vieille Chapelle at a cost of 10 Officers and 150 Other Ranks as casualties out of a unit strength of 450.

Figure 34: Letter communicating the honourable disbandment of King Edward’s Horse to the Commonwealth of Australia from the British Government on 14th March 1924 (Reproduced with the permission of the Australian War Memorial).

Figure 35: New Zealand First Day Cover issued to commemorate the 55th anniversary of the disbandment of King Edward’s Horse on the 31st March 1924.

The Masonic Lodge of the King's Colonials had been formed in 1909. As the number of surviving members of the disbanded Regiment dwindled, membership of the Regimental Lodge was opened to all interested persons, and passed all Regimental traditions to the Lodge. The Worshipful Master of the Lodge has an official entitlement to wear the regimental tie (now the only living person with that entitlement), and the Lodge became the custodians of all Regimental property, including the Regimental silver valued at many thousands of pounds. The Lodge continues to function, and to maintain Regimental traditions. The regimental property is stored by the Lodge in a secure vault at Haileybury College. The Lodge continues to tend Regimental graves, and to lay wreaths at the regimental memorials in London and France.

Manchester businessman Charles Campbell May was one of several Freemasons who died on the first day of the Battle of the Somme. Born in New Zealand, he had served six years with the King's Colonials/King Edward’s Horse (The King’s Overseas Dominions Regiment) before 1914 and then founded a volunteer unit at the outbreak of war. Charles was a member of King’s Colonials Lodge, No. 3386 and a Lodge membership badge is shown in Figure 36.
.
Figure 36: King's Colonials Masonic Lodge membership badge (Peter Nemaric collection).