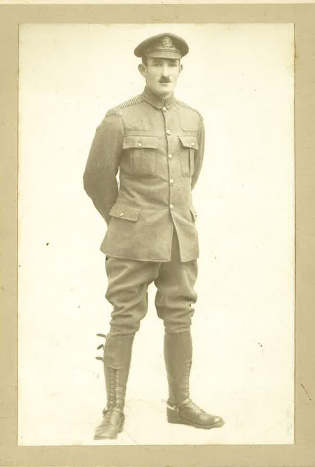 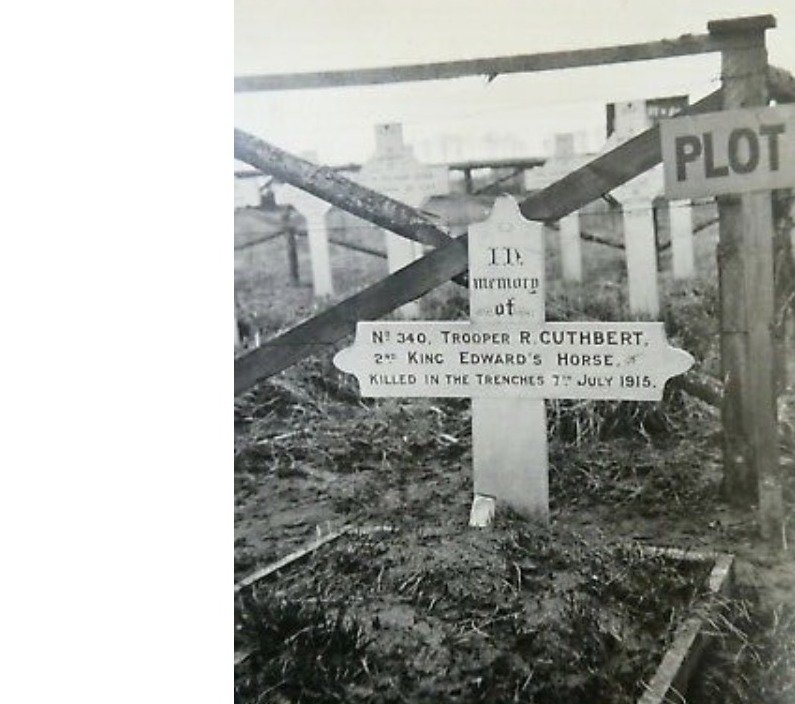 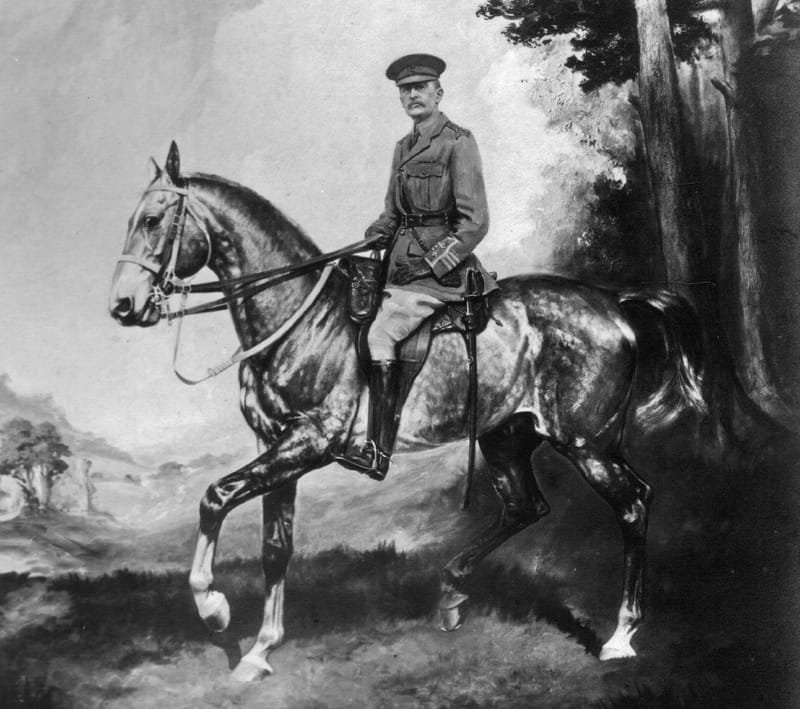 CAPPER, Alfred Isidore 433. Private 2KEH, Private KEH, Acting Corporal Northumberland Fusiliers 61202. Born in London named Alfred Isidore Friedlander and worked in South Africa.  Changed his name to Alfred Isidore Capper by deed poll in November 1914 due to the Germanic overtone of his birth surname. He enlisted in the 2nd KEH 1914 and went to France 2/07/1915. Alfred then appears in a 1916 photograph of a Hotchkiss machine gun team of King Edward's Horse (see Figure 22) which he must have been transferred to although his Medal Index Cards and medal rolls make no distinction between the KEH and 2KEH. He was then transferred as an Acting Corporal to the Northumberland Fusiliers 61202. He didn't speak about much of his wartime experiences with his family but did re-call being shot off his horse, being buried by the earth thrown up by a shell but escaped unscathed and fighting dismounted. He married in 1930 and died in London in 1945. The family retains his 2KEH cap badge (see Figure 429) and 2KEH portrait photographs (Information and photographs courtesy of Robert Cruickshank, his grandson).

CHENERY, Harold. 1608. Private. Died of a self-inflicted wound 3/11/1917 aged 24 at Moore Park Camp, Kilworth, County Cork, Ireland whilst attached to the 7th Officer Cadet Battalion. Correspondence from his Australian family to the Army regarding his place of burial indicate that his death by discharge of his rifle to his head was regarded as an accident. Harold was the son of Charles and Alice Chenery of the The Cedars, 24 Hillside Crescent, Launceston, Tasmania. He was born at Shoreham, Sussex and is buried in Kingston-UPON THAMES CEMETERY, Surrey, UK with his body being repatriated for burial in Surrey by his relatives.

COWLEY, Edwin (Ted) C. From the village of Braybrooke, Market Harborough. Serjeant, Second Lieutenant 2nd KEH and went on to become a Major in the Norfolk Yeomanry. Died in 1932 when he was killed in an altercation with a former employee of the farm which he managed. Recruited several school friends for the 2nd KEH and penned an article on the 2nd KEH for the Press Handout that was reported in the 1st Feb 1916 issue of the Market Harborough Advertiser page 6 from local sources by W. R. (Bob) H. Hakewill a published local historian in Market Harborough, UK.

CRADOCK, Montagu. Lieutenant Colonel CB CMG. Lieutenant Colonel Cradock commanded the 2nd King Edward’s Horse through out 1914-17. He was born in Giling East, North Yorkshire on the 16th October 1859 and died in London on the 14th December 1929. Having first enlisted in the Durham Fusiliers in 1877, as a Second Lieutenant he saw active service in Afghanistan in 1879-1880 with the 6th Dragoon Guards. Having retired from the army as a Captain in the 6th Dragoon Guards he emigrated to New Zealand in 1893. In 1900, Major Cradock took command of the 2nd New Zealand Contingent in the Second Boer War. He was promoted to Lieutenant Colonel and commanded the 3rd Mounted Infantry Corps and Bushmen’s Brigade. (Portrait photograph Copyright Imperial War Museum HU 102500 shown as Figure 433 and accompanying portrait of Montagu Cradock on horseback courtesy of Jamie Vans).