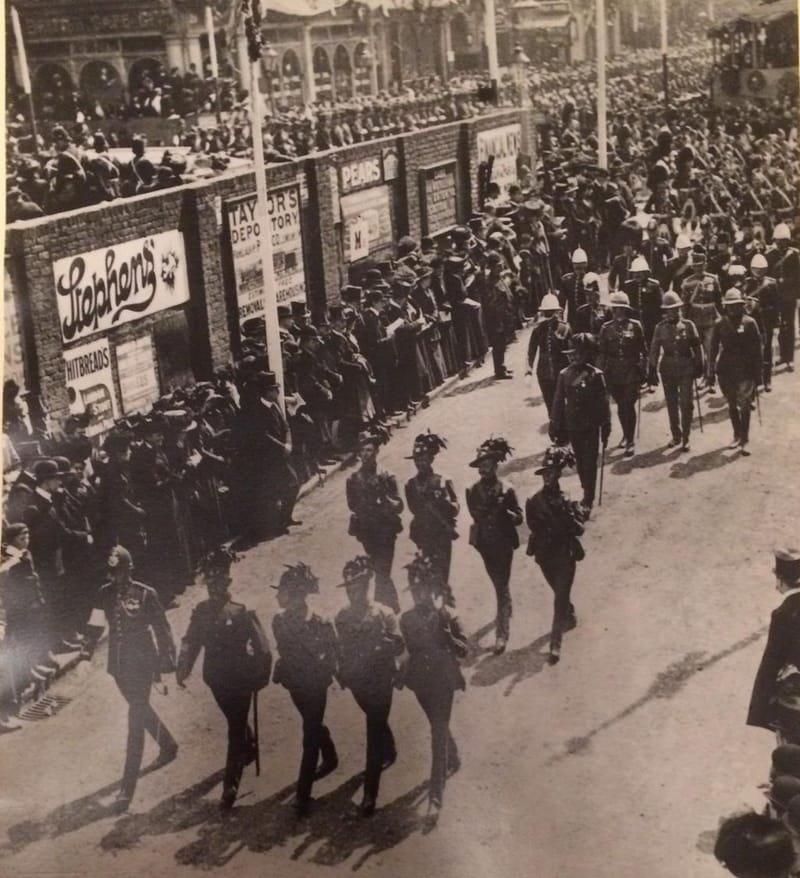 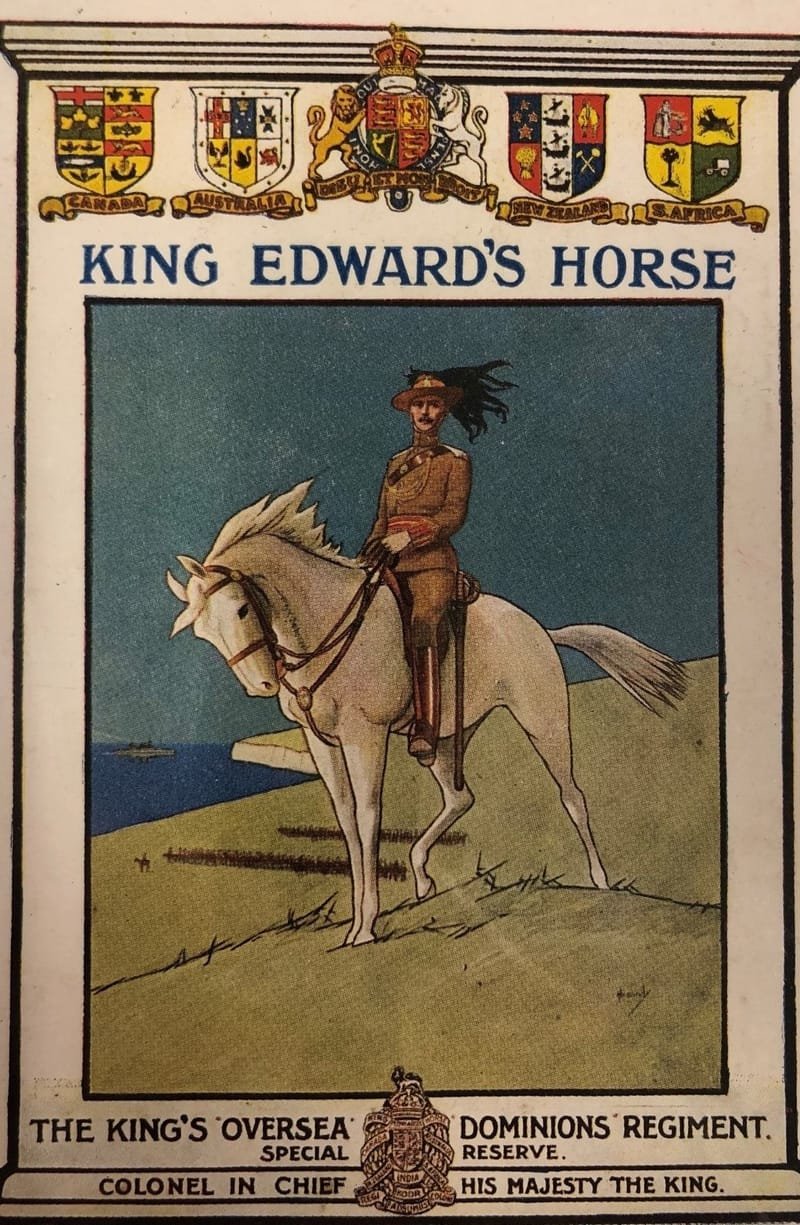 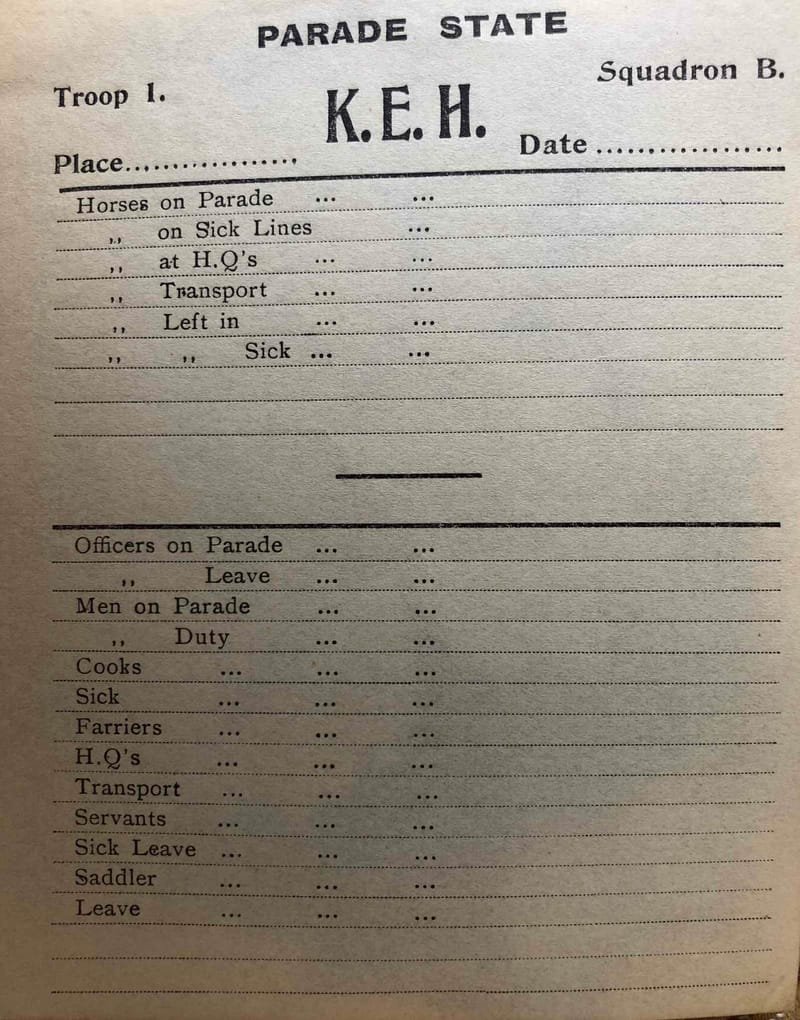 The photograph in Figure 10 depicts one of the last formal engagements of the King’s Colonials when a small detachment marched in the funeral procession of King Edward VII on 20th May 1910.

Following the death of King Edward VII in 1910 it was decided that, due to the self-governing Dominions dislike of being referred to as Colonials, the Regiment should be renamed. On the 12th July 1910, the Regimental title changed to the 4th County of London Yeomanry, King Edward's Horse (the King's Overseas Dominions Regiment) (Figure 11).

Figure 11:  A King Edward’s Horse (The King’s Overseas Dominions Regiment) recruiting postcard circa 1910 (Reproduced with the permission of the Australian War Memorial).

Lord Strathcona made a donation of £10,000 to the Regimental funds for the King’s Colonials to finance the change of name and the adoption of new uniforms and badges for the King Edward’s Horse

The Regimental Headquarters was at Grove House, Holywood Road in Fulham and moved to the Duke of York’s Headquarters, King’s Road, Chelsea in 1911.

In 1912, ‘A’ Squadron was broken up and the Liverpool Troop under Major Pearch became ‘A’ Squadron in its entirety, while the original two Troops of ‘A’ Squadron were transferred to ‘D’ Squadron. It is reported that recruitment in Liverpool became so brisk that the change was inevitable.

Figure 12:  A parade attendance slip for a troop of 'B' Squadron of the King Edward's Horse.

The Regiment, comprising 29 Officers and 401 Other Ranks was transferred from the Territorial Force to the Special Reserve on the 31st August 1912 as part of the London Mounted Brigade.