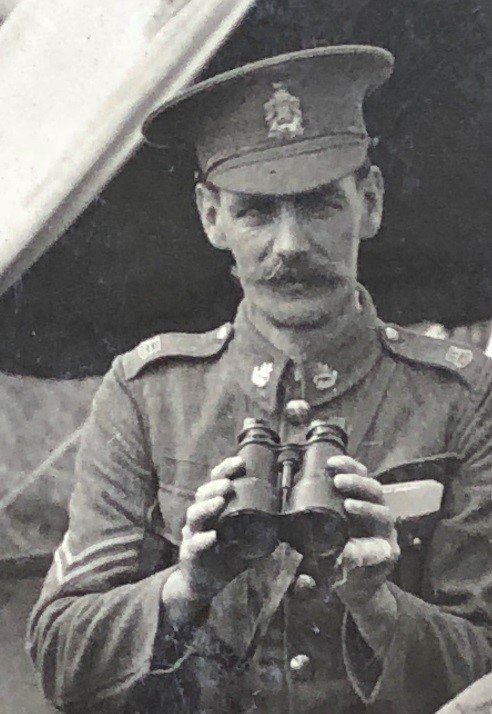 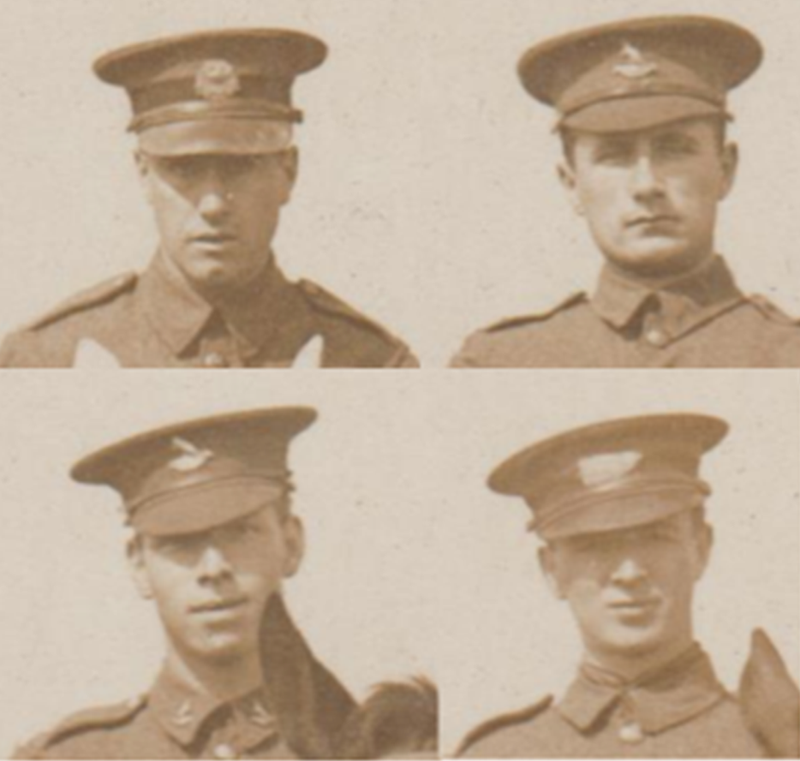 Many of the photographs of the King’s Colonials in the period post-1905 show Troopers not to be wearing collar badges on their Service Dress tunics. The composite image shown in Figure 197 (from Figure 109) shows a Trooper of 'D' Squadron (British African), two Troopers of ‘C’ Squadron (Australian) and one Trooper from 3rd Troop (New Zealand) of 'D' Squadron. Only one of these Troopers, one of the two from 'C' Squadron is wearing his Squadron collar badges.

The wearing of collar badges on Service Dress by the King’s Colonials became optional around 1907.

Figure 197: Composite image of the ‘C’ (Australian) Squadron Other Ranks headdress badges (KK 1376) being worn with and without a matching pair of collar badges taken from the King’s Colonial mounted group photograph (Figure 115) circa 1905 (Iain Davidson collection).