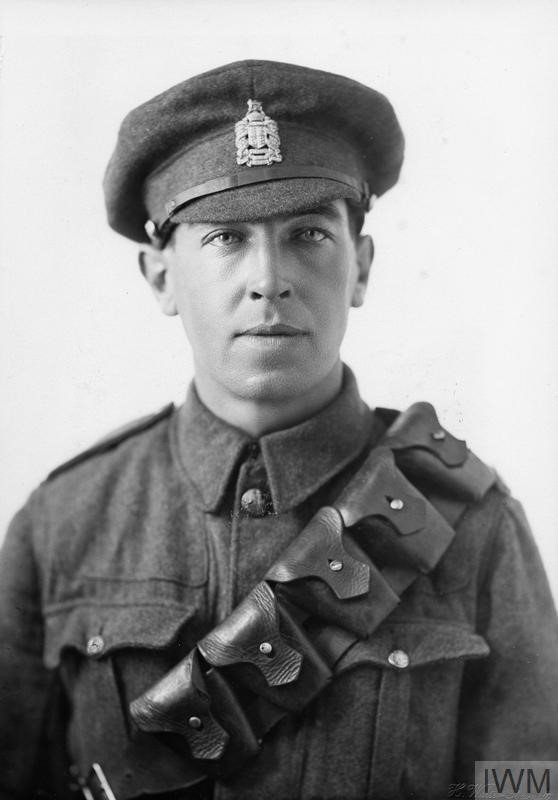 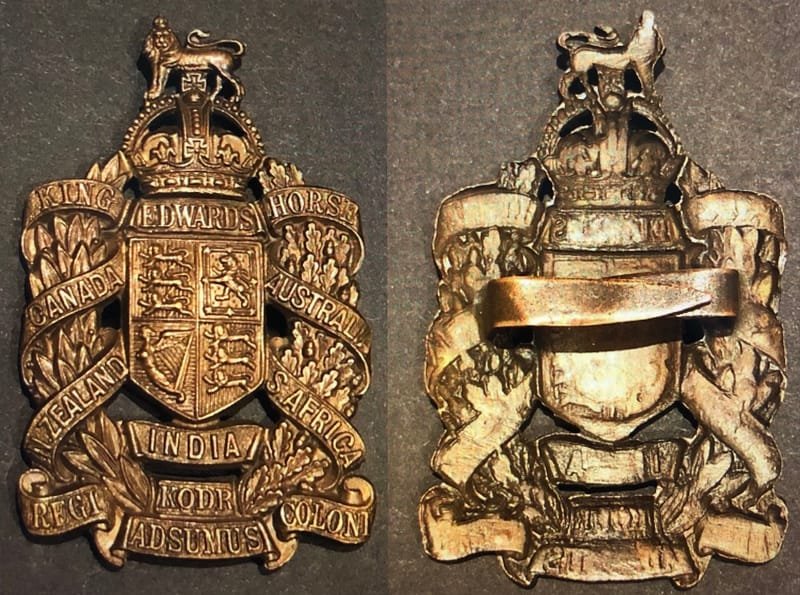 A later version of the King Edward’s Horse headdress badge known as the second pattern has a rounded King’s Crown (KK 1507). The War Office sealed the second pattern King Edward’s Horse headdress badge as Pattern Number 8676/1916 in gilding metal on the 22/2/1916. This badge is shown being worn in Figure 307 and in close-up in Figure 308 and was worn 1916-24.

The badge shown in Figure 308 is an Officers version, die-cast in bronze with east-west blades and was worn as part of Officers Service Dress. Bronzed versions of the die-struck gilding metal version of the headdress badge fitted with a slider are also known where a bronze finish has been applied to the front of the badge only.

Examination of the group photograph of King Edward’s Horse Officers shown in Figure 309 shows that both bronze and gilding metal headdress badges (KK 1507 likely) were worn.

An Other Ranks gilding metal version of KK 1508 with a slider that has had its front surface painted bronze has been brought to my attention and this is likely to be a field conversion for an Other Rank commissioned in the field.