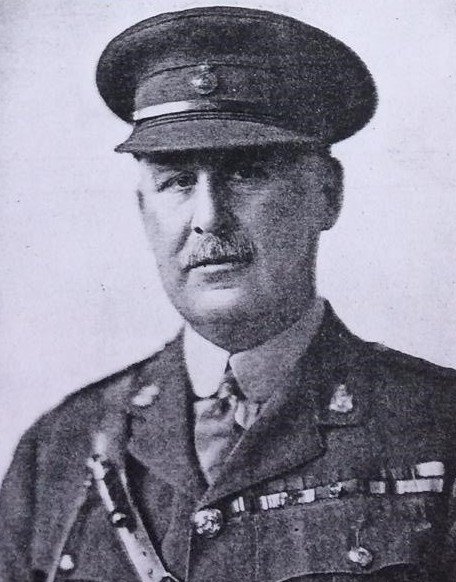 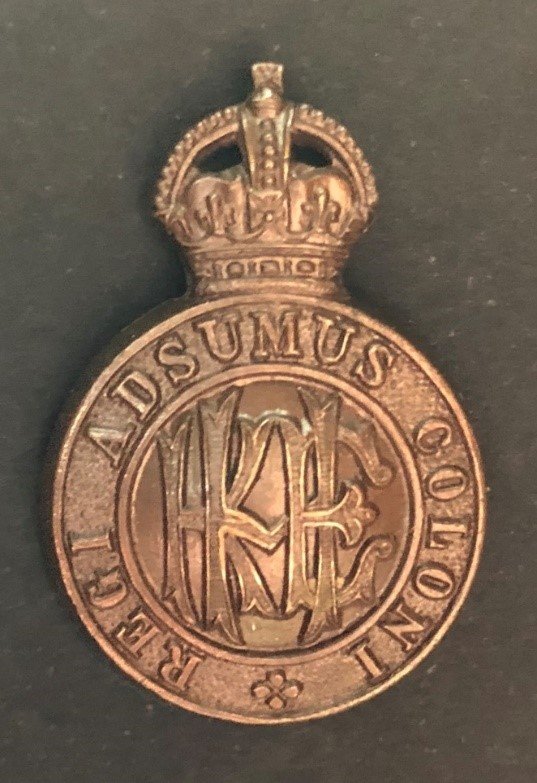 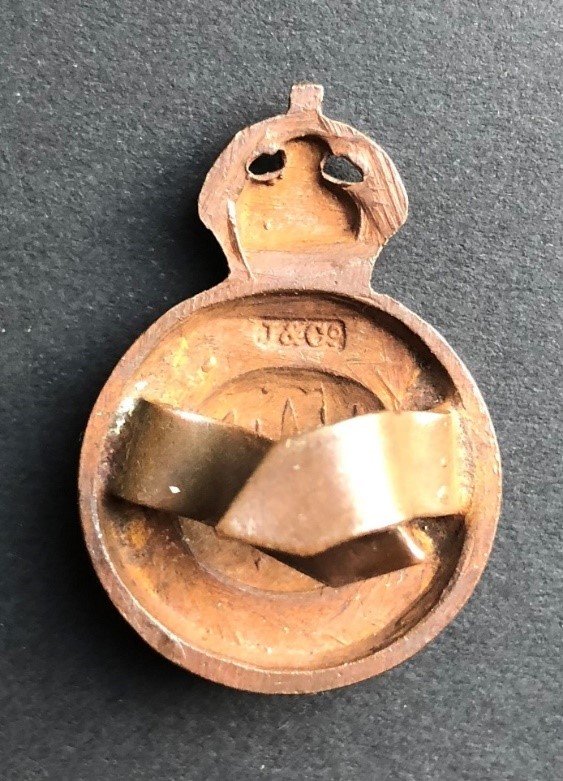 Officers of the King Edward’s Horse also wore an alternate smaller, circular bronzed headdress badge (KK 1509) with a KEH monogram to the centre of a circular Regimental motto surmounted by the King’s Crown.  This badge can be seen in the portrait photograph of Lieutenant Colonel Lionel James DSO in Figure 316.

The round pattern headdress badges are die-cast and bronzed with blades (Figures 317-318). This example bears the maker’s mark of ‘J & Co’ for Jennens & Co to the rear.