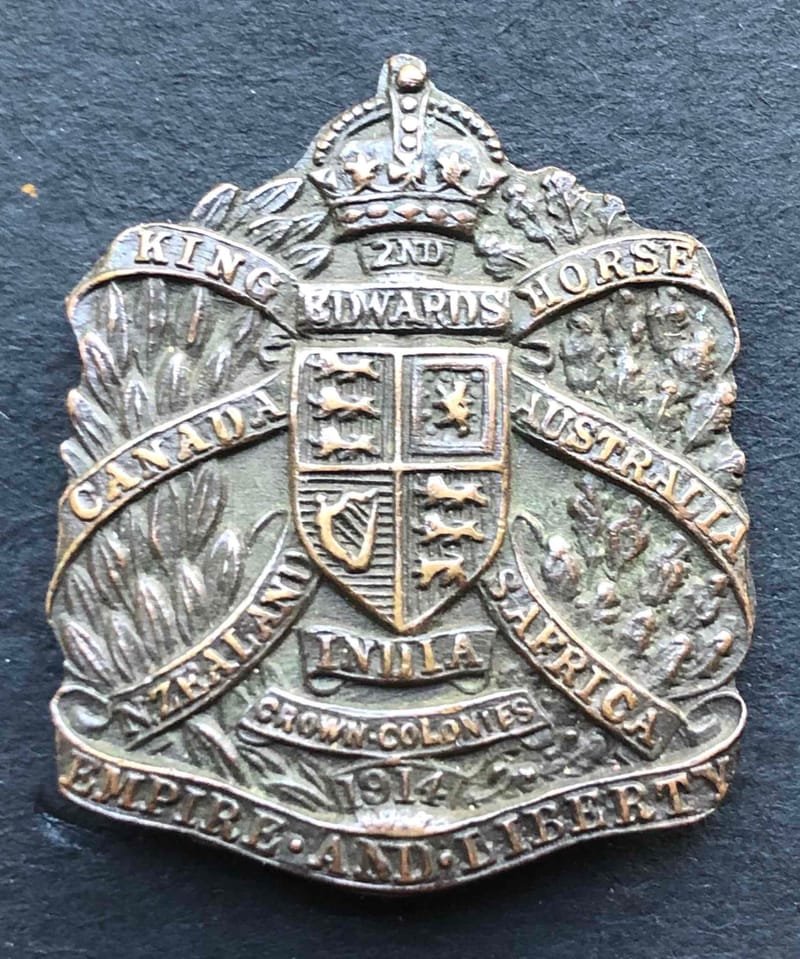 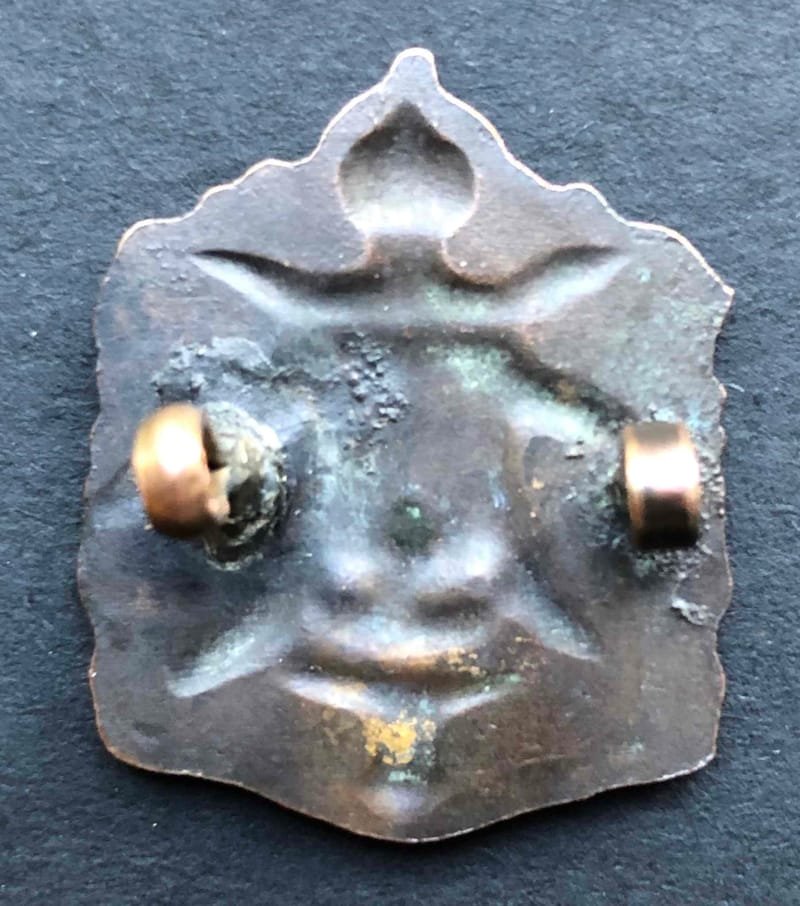 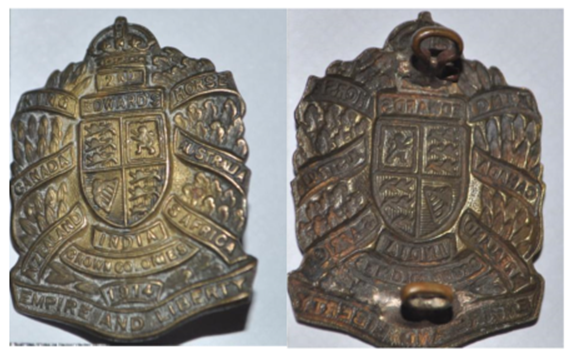 Although photographic evidence of the Other Ranks of the 2nd King Edward's Horse wearing collar badges is yet to be identified, the collar badge depicted in Figures 363 is gilding metal and is die struck consistent with it being an Other Ranks collar badge.