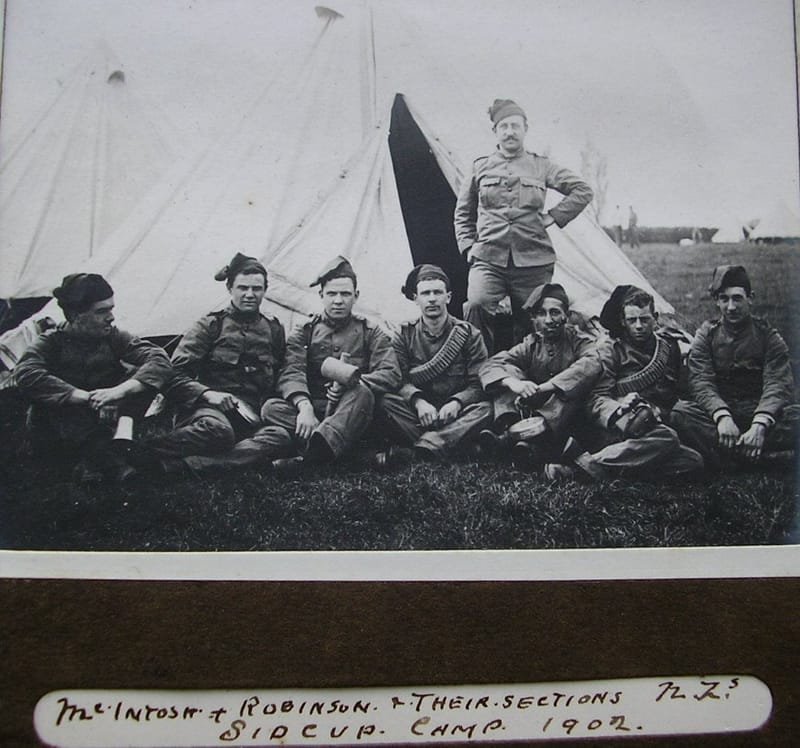 RUSSELL, George Gray. New Zealander. He was born in New Zealand and came to England in 1902 to study at Oxford University.  He served in the Cambridge University Officer Training Corps prior to joining the Oxford University Troop of the King's Colonials. He appears on the 1910 Officers Nominal Roll as a Second Lieutenant and was promoted to Captain on the 5 November 1912.  As Major Russell he commanded 'A' Squadron of King Edward's Horse in France before being promoted to Lieutenant Colonel in command of the combined KEH.  He was awarded the Distinguished Service Order and Mentioned in Dispatches three times. Lieutenant Colonel Russell died on the 7 August 1965. Photograph taken as a Captain circa 1912-August 1914. Captain in 1915 see Figures 19 and 135.