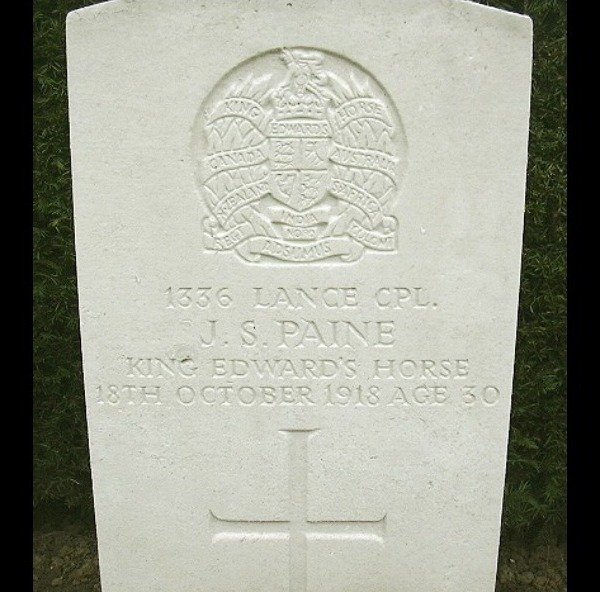 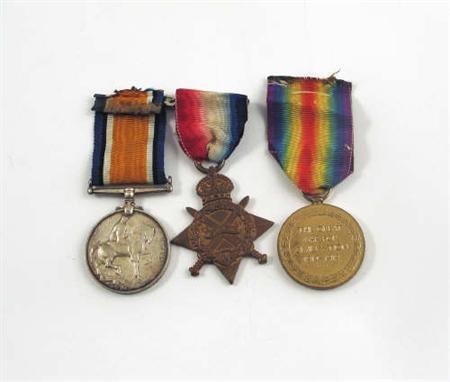 PAIN, Kenneth Wellesley. 225. Private KEH. Article in Sydney Morning Herald in 1916 states that in August 1914 he re-joined the King Edward's Horse indicating prior-service in pre-war 1914 possibly whilst attending Cambridge or Oxford University. From Australia. Commissioned as a Second Lieutenant Royal Field Artillery (RFA) 8/12/1914. Embarked for France 19/09/1915. Served in Salonika as Adjutant to 117th Brigade RFA from Feb 1916. Severely wounded 27/02/1916. Captain RFA on British War Medal and Victory Medal roll. Mentioned in Despatches. Born 18/01/1889 in Sydney New South Wales the son of the Bishop of Gippsland, Sale, Victoria, Australia and married Mabel Naish 19/08/1915 in Woking, England and died 01/02/1959 in Sydney. Lived in Concord, Sydney in 1924. Son Graeme Kenneth KIA RAAF in 1944. Named in 'Our Forgotten Volunteers: Australians and New Zealanders with Serbs in World War One' by Bojan Pajic.

PEARCH, Walter Bancroft. Captain King Edward's Horse 1910. Commanded the Liverpool Troop as a Lieutenant which was attached to the 'A' (British Asian) Squadron from 16/03/1906. Walter Bancroft Pearch was born on the Wirral in 1877 and was first commissioned into the 1st Lancashire Volunteer Artillery Corps in November 1899. He was then with the Imperial Yeomanry in the Boer War, serving with 29th Squadron, IX I.Y as a Lieutenant. In WW1 he seems to have served only within UK, probably on staff duties, and earned no war medals. After WW1 he lived in London and then in Folkestone. He retained his military rank in all entries in directories and electoral registers until his death in 1952; probate records show that he left an estate valued at £65, 649; his civilian occupation in 1912 was stockbroker. In 1939 he was ‘Lieutenant Colonel retired', evidently unmarried but with a resident chef/valet.

PORTER, John (Jack) Charlton. 846. Enlisted in the KEH having sailed to London from Shanghai where he was employed with the British Cigarette Company on board the SS Suwa Mara on 16/10/1914. Entered France 22/04/1915. Commissioned as a Second Lieutenant Machine Gun Corps 30/01/1917. F Battalion. KIA 24/07/1917 with 6th Battalion Tank Corps when a shell hit his dugout. Buried in DOZINGHEM MILITARY CEMETERY, Belgium. Born 1888 and had 3 years prior service with Shanghai Volunteers. Medals claimed by eldest brother Thomas Henry Porter from Shanghai.

PORTUS, Garnet Vere (Jerry). Private King's Colonials. Served 1909 from comments made about serving under the same Serjeant-Major as Watson Douglas Shennen in his obituary in 1937. Born 7/06/1883 in Morpeth, New South Wales and died 15/06/1954 in Adelaide, South Australia. An academic historian, author and theologian who studied at Sydney University and Oxford University 1909-1911 where no doubt he enlisted in the King's Colonials. A Rhodes scholar and played rugby for England.

PURSER, James Hartnell. Private. Born in England and emigrated to Australia after 6 years service in the KEH. Served in the AIF 1916-19. Biography in www.kingedwardshorse.net