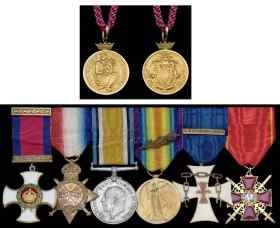 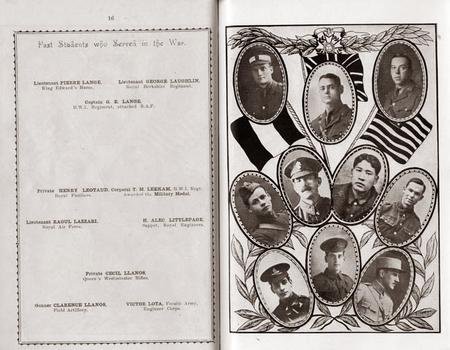 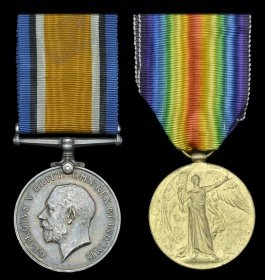 LANCE Edwin Christopher. A remarkable Great War Distinguished Service Order (DSO) group of seven awarded to Captain E. C. Lance, Somerset Light Infantry, late King Edward’s Horse and West Yorkshire Regiment, who was twice honoured by Franco for his part in rescuing a hundred nationalists in the Spanish Civil War: high on the republicans’ wanted list as “The Man in the Tartan Jacket”, Lance was eventually captured by them and sentenced to death, but ultimately lived to tell the tale after 15 months of hellish imprisonment - an extraordinary story vividly retold by C. E. Lucas Phillips in The Spanish Pimpernel. DSO, G.V.R., silver-gilt and enamel; 1914-15 Star (17929 L. Cpl. E. C. Lance, W. York. R.); British War and Victory Medals, M.I.D. oak leaf (Capt. E. C. Lance); Russia, Order of St. Anne, Third Class breast badge, with swords, bronze-gilt and enamel, unmarked; Spain, Order of the Yoke and Arrows, fascist regime issue, breast badge, gilt and enamel, with clasp, ‘Christopher Lance’, in its case of issue; Spain, City of Madrid, Presentation Gold Medal, in its fitted Juan Feu, Madrid case of issue, together with related miniature dress medals including Russian Order of St. Anne, with swords, in silver-gilt and enamel,the fascist piece extremely rare, so, too, the D.S.O. to such a junior officer. D.S.O. London Gazette 26 September 1917: ‘For conspicuous gallantry and devotion to duty. He was the only officer left of his battalion when the final objective was reached. Both flanks of his battalion were exposed and they were almost surrounded by the enemy. Thereupon he skillfully withdrew his men from a difficult position to a strong one 200 yards in the rear, checked the advance of the enemy, and held on under intense artillery fire until relieved two days later. The sound tactics, cool judgement and the daring example which he set his men undoubtedly secured a very important position.’ Edwin Christopher Lance was born in Taunton, Somerset in June 1893, and was educated at Lancing College prior to enlisting in King Edward’s Horse in December 1912. Advanced to Corporal in January 1915, he deserted shortly afterwards, his father later stating in a letter to the authorities that he did not wish to disclose the reasons for his son’s sudden departure - instead he confirmed that Lance had enlisted in the West Yorkshire Regiment at York a few days later, which, after further investigation, proved entirely true. Medals sold at auction by Dix Noonan Webb, UK in May 2011.

LAWRENCE Frederick John. Major F. J. Lawrence, King Edward’s Horse and Machine Gun Corps, late Rhodesian Field Force. Queen’s South Africa 1899-1902, 2 clasps, Cape Colony, Rhodesia (Lieut., Rhod. F.F.); King’s South Africa 1901-02, 2 clasps (Capt., Rhodesian F.F.); 1914-15 Star (Lieut., K. Edw. H.); British War and Victory Medals (Capt.). He served as a commissioned officer in the Royal Monmouthshire Militia, 1891-95. In the Boer War he was served a Lieutenant with the Rhodesian Field Force from 7 March 1900 to 29 June 1901, at which date he was promoted to Captain (Acting Press Censor) and served with the Press Censors Department in Capetown and East London until 20 September 1902. In the Great War he was appointed a Lieutenant in King Edward’s Horse on 10 August 1914, being promoted to Captain and entering the France/Flanders theatre of war on 4 May 1915. In his papers he states he received an eye injury from a shell explosion when in the trenches on 23 May 1915. Promoted to Major on 17 April 1917; he transferred to the Machine Gun Corps on 4 August 1917. Medals sold at auction by Dix Noonan Webb, UK in December 2006