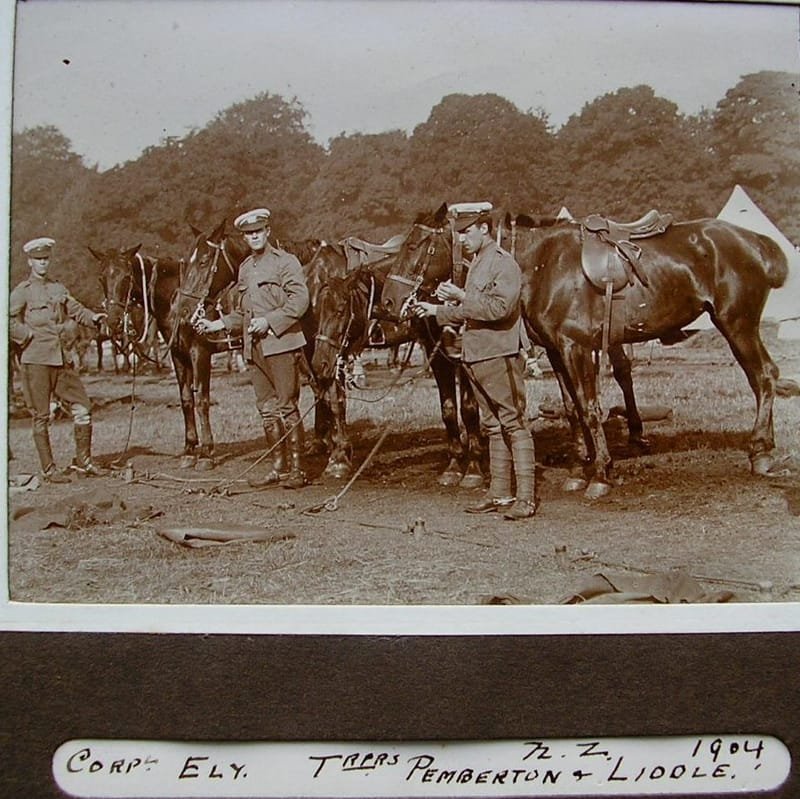 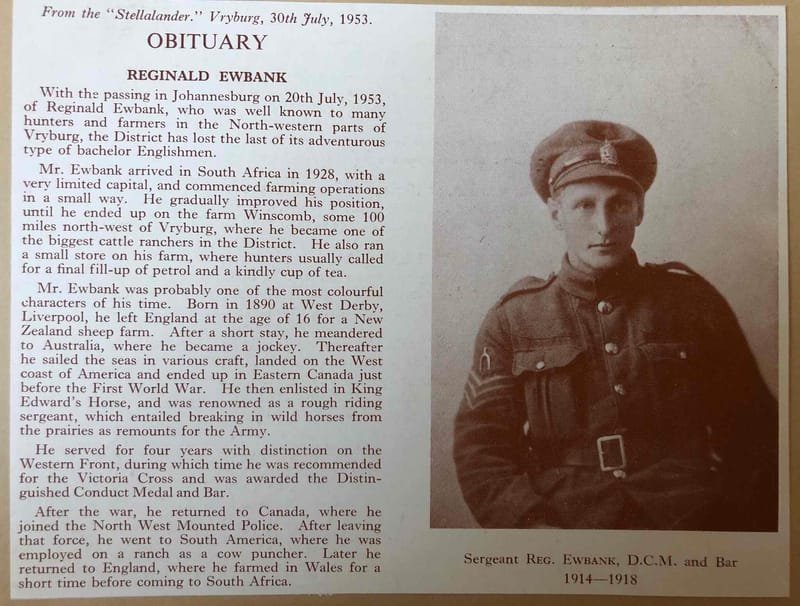 ELLISON, Arthur David. Private. KEH. Born 2 June 1894 in Dunga Gali, India. Attended Cambridge and Enlisted in the King Edwards Horse 4.8.1914 and obtained a commission in December 1914 as 2nd Lieutenant in the Royal Field Artillery. Promoted Captain in 1917 he took part in the battles of Vimy, Loos, Somme, Ypres, Messines, Sanctuary Wood and Menin Road, in October 1917 he was severely wounded and gassed, returned to France in October 1918 as Acting Major and demobilised in 1919. Awarded Military Cross. In August of 1919 he sailed to Siam as the Surveyor to the Siamese Government, in 1921 he transferred to the Borneo Company. He died from burns received during the destruction of the Borneo Companies Office by fire. Died (burns) in Siam 21/01/1924.

ELY, Percy Alfred. 4. Staff Quarter Master Serjeant, King's Colonials. Corporal Ely was born in 1884 and went on to serve as a Lieutenant in King Edward’s Horse. Freemason in King's Colonials Masonic Lodge. He was attached to the New Zealand Expeditionary Force as Assistant Paymaster to the New Zealand Forces and died of pneumonia on the 17/11/1918 aged 34.  Son of George and Louisa Ely (nee Valentine); husband of Lillian Ely (nee Hunt). Buried in KENSAL GREEN (ALL SOULS) CEMETERY, UK. Photograph from 1904 camp.

EWBANK, Reginald R. 775. Corporal, Acting Serjeant then Serjeant. He was born in Liverpool 1890, served North West Mounted Police, died 20/7/53. Awarded the Distinguished Conduct Medal and Bar and the medals to Serjeant Ewbank are held in a private collection in Australia. Obituary and photograph from Old Comrades Association Bulletin.