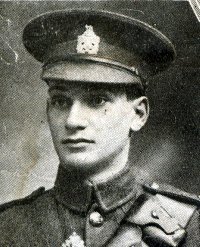 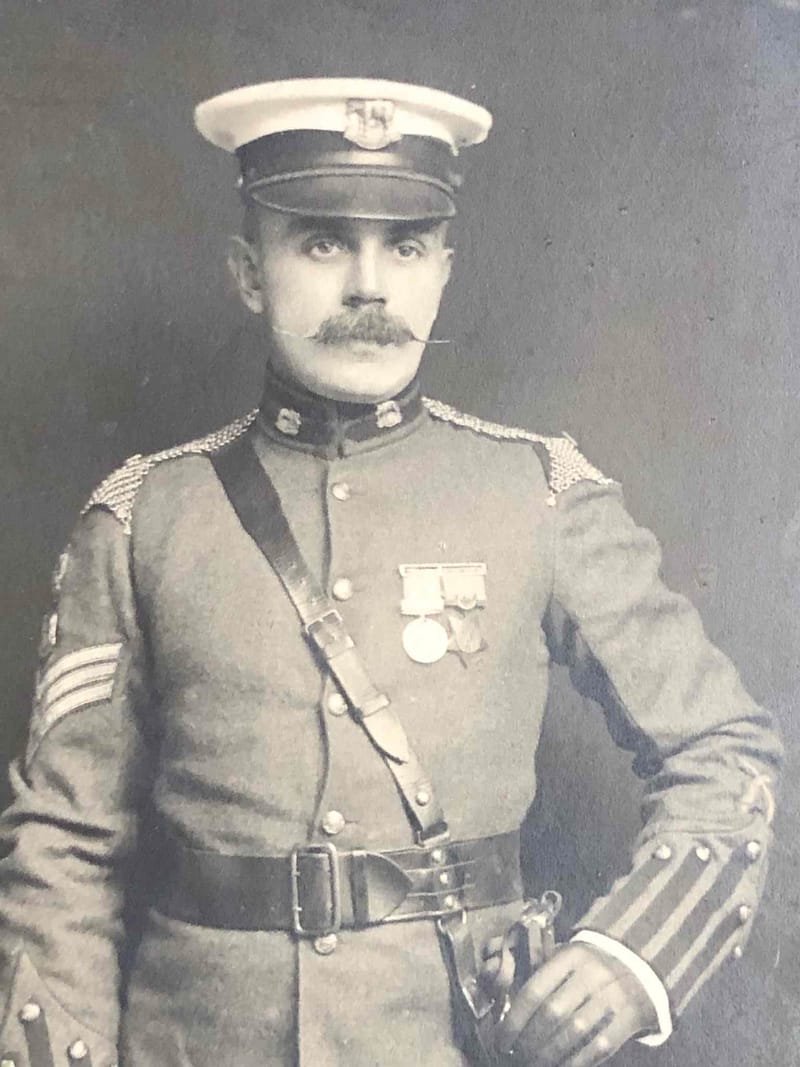 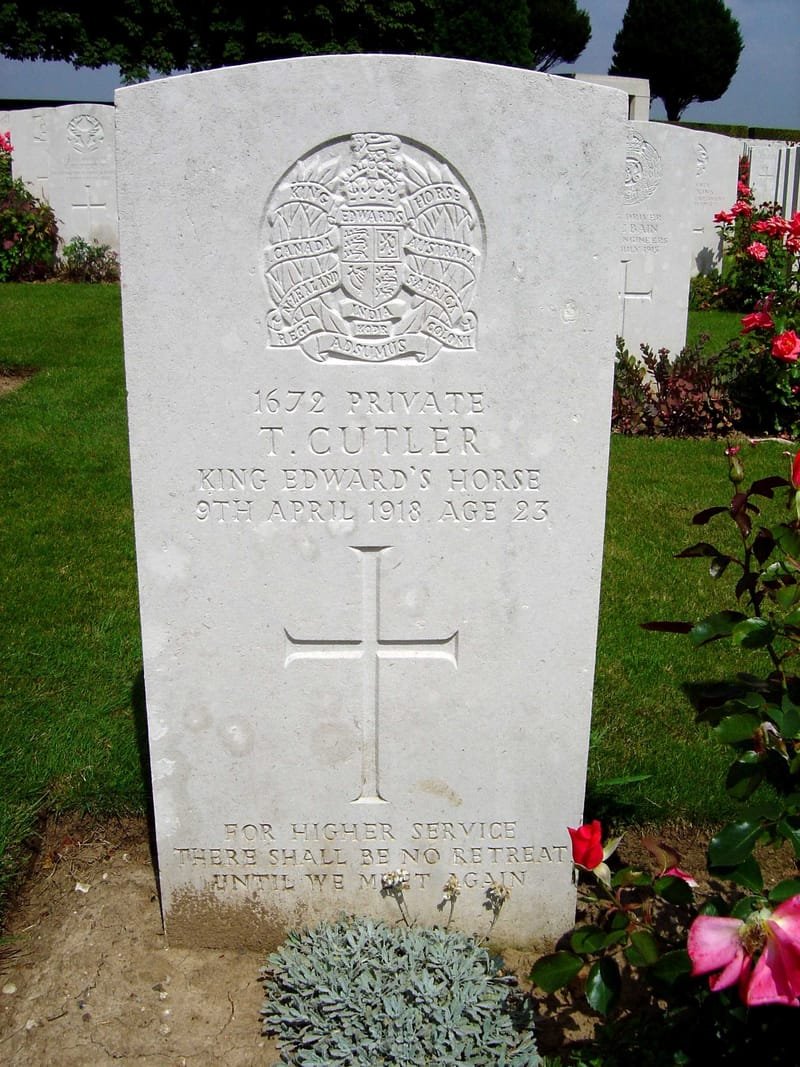 COWAN Eric Hamilton 393 Lance Corporal, Second Lieutenant ex-Royal Garrison Artillery Territorial Force MIC. Liverpool (Rugby) Football Club member – full-back in the legendary 1913-14 XV. Joined King Edward’s Horse in February 1914 and was a Lance-Corporal by the outbreak of war. London Gazette: 6/4/15: to be 2/Lieut, 1st Lancs RGA, dd. 1/4/15. A younger brother, D.W. Cowan, Lieut., RFA is commemorated on the same grave and an elder, G.K., served in the Liverpool Scottish (10th Bn, King’s Liverpool Regt. EH and DW Cowan are commemorated on the Liverpool College chapel memorial. GK was also at the College. Post & Mercury 2/3/16: Eric Cowan was with the Liverpool firm of Balfour, Williamson, merchants. Eric Cowan named on the memorial at Liverpool CC, Aigburth. Like his brothers, Eric was educated at Liverpool College. On his KEH service record the place of birth - Melbourne, Australia. This may have been necessary to join an outfit which had so many Empire connections, but his birth was registered in the Toxteth Park district of Liverpool in 1894, and the 1901 and 1911 censuses show him, and his brothers, as born in Liverpool. Died at Canterbury after an operation and buried with full military honours 28/02/1916 in LIVERPOOL (TOXTETH PARK) CEMETERY. Son of George R. Cowan of 28 Sydenham Avenue, Sefton Park, Liverpool.

CRAM Jonathan 1007 Private. Born 1886 in Newport, Fifeshire, Wales and lived in Canada. Saw service with the British Columbia Horse then enlisted in KEH as a Private on 20/03/1915 with occupation stated as rancher and arrived in France 20/10/1915. Wounded with gun shot wound to the leg before injuring both arms when his horse reared and fell on him. Died circa 1965-66.

CRONJE S. W. Private in the King's Colonials and attended the 1908 annual camp as part of the Oxford university detachment. Born in South Africa and was a nephew of the Boer General Cronje.

CUNNINGHAM, Hugh P. L. Born in England and was a Corporal in the 1st Troop, 'A' Squadron King's Colonials/KEH 1909-12. Served as Medical Officer in the Royal Naval Division in WW1. Died in 1960.

CUTHILL George H. 1998. Private from Hong Kong and saw prior service in the Hong Kong Volunteer Defence Corps before joining the KEH.

CUTLACK, Frederick Morley. Private in the pre-war KEH. Born in England in 1886. Commissioned in the Royal Field Artillery and became a war correspondent and visited Australia in 1913. Supported Australian war historian C. E. W. Bean and worked in the Australian Prime Minister's office in the 1920s. Died in the UK in 1967.