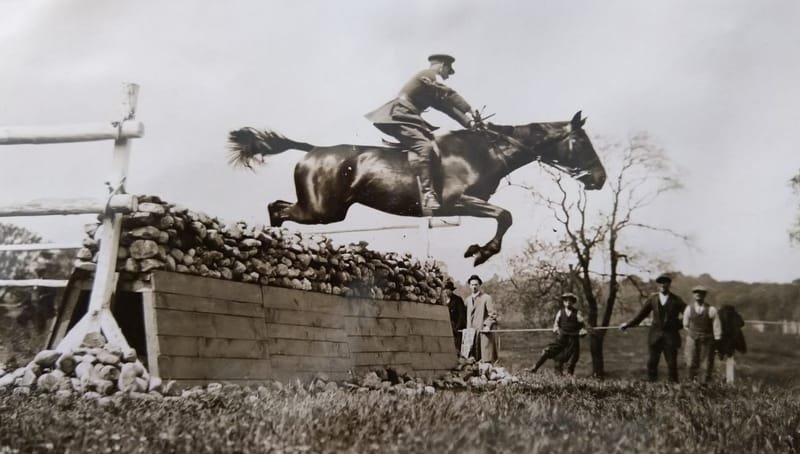 BOLUS Walter 1481. Private. Arrived in France June 1916. Commissioned as a Second Lieutenant in the Special Reserve of Officers on 23/02/18 after attending an Officers Cadet Unit, see Figure 33 for photograph as a Second Lieutenant in 1918. Promoted to Lieutenant 23/8/19 and resigned his commission 1/4/19. Photographs and family history from his grandson Walter Stevens regarding his grandfather's service and noting his riding trophies. Lieutenant Bolus won many Irish Show Jumping Championships as shown in the accompanying photograph taken of him competing at the Irish War Counties Hospital in September 1918. He was devastated not to be able to have his mount, Japie released to him from the Army. (Japie is shown in the accompanying photograph being held by his un-named groom). The family retain Lieutenant Bolus's stirrups and riding trophies.