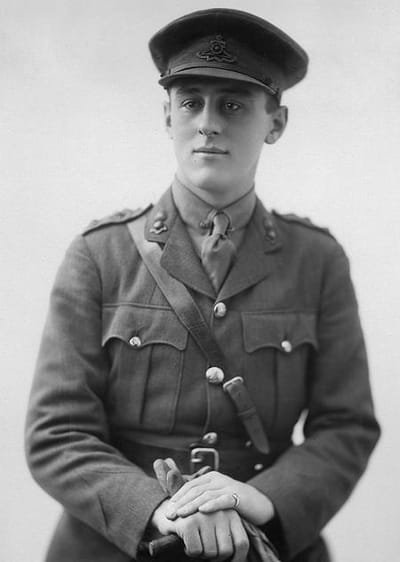 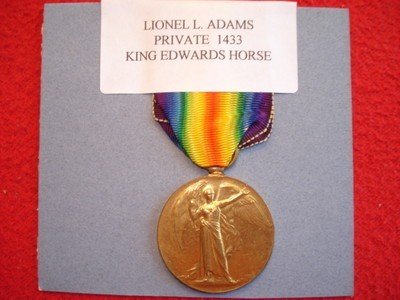 ABRAHAM, Lionel Martyn. Serjeant KEH. Commissioned as a Second Lieutenant in the Royal Field Artillery on 4/12/1914 (London Gazette). Entered France 24/08/1915. Wounded once. Born in July 1893 in Palmerston North, Wellington, New Zealand the son of Lionel Augustus Abraham and Constance Palgrave Martyn OBE and attended Wanganui College 1907-12. He saw service in the King Edward's Horse joining the University Squadron in 1912 when at Pembroke College, Cambridge.  Was living in Palmerston North, New Zealand in 1914 and returned post war. 1914/15 Star trio medal entitlements confirmed on MIC. Served as a Second Lieutenant with the 12th Company, National Reserve in New Zealand in 1940. Died in New Zealand 31/12/1986. Portrait photograph of Second Lieutenant Abraham in the Royal Field Artillery courtesy of the Imperial War Museum. Commemorated on the Auckland Online Cenotaph.

ADAMS, Noel P.  Captain.  A New Zealander who served in 'A' Squadron of the King Edward's Horse from 1909 after service in command of the Cambridge University Mounted Rifles as Lieutenant. Commanded the four University troops as a Squadron. Returned to New Zealand in 1916 as Colonel of the Base Training Camp for which he was awarded the Most Distinguished Order of Saint Michael and Saint George (CMG). Died in Clevedon, New Zealand in 1951. Referenced in KEH History.

ADAMSON, W.  From Argentina - details not confirmed on MIC but noted in Old Comrades Association bulletins.

ADDISON, Noel Goodricke. 191. Private. Born in Natal on 25/12/1892 the son of W. H. and Florence Addison, of Natal, South Africa. Educated at New College, Oxford and joined the Oxford Troop of KEH. Commissioned as a Second Lieutenant on 12/11/1914 and arrived in France on 1/06/1915 with 'A' Squadron KEH. Killed in action 9/04/1918 at the defence of Vieille Chapelle aged 25 as a Lieutenant. His name is commemorated on the Loos Memorial, France and on a plaque at New College, Oxford. Awarded a posthumous Military Cross. Mentioned in Despatches. Medal entitlements confirmed on MIC. Lieutenant in 1915 see Figure 19.

AGOSTINI, J. Leon. Private. Left Trinidad for UK 5/06/1917 with 6th Caribbean Merchant and Planters Contingent. Likely to be a relative of Edgar B. Agostini.