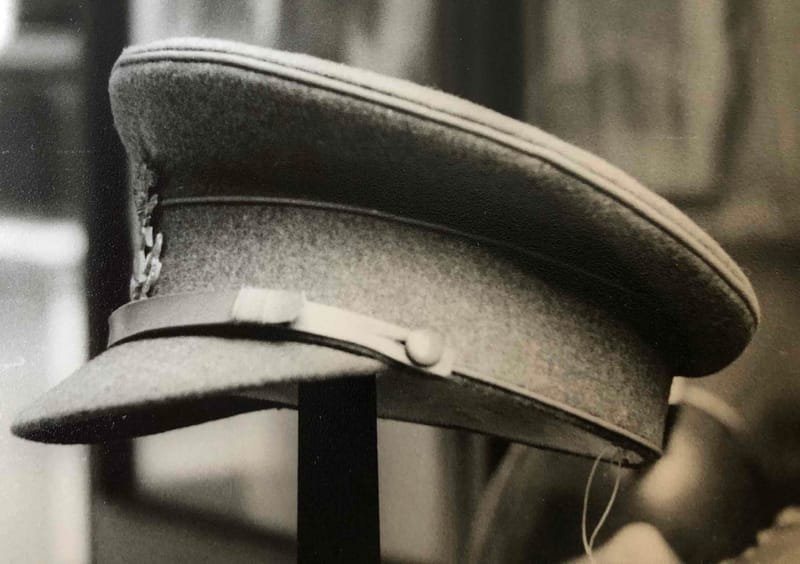 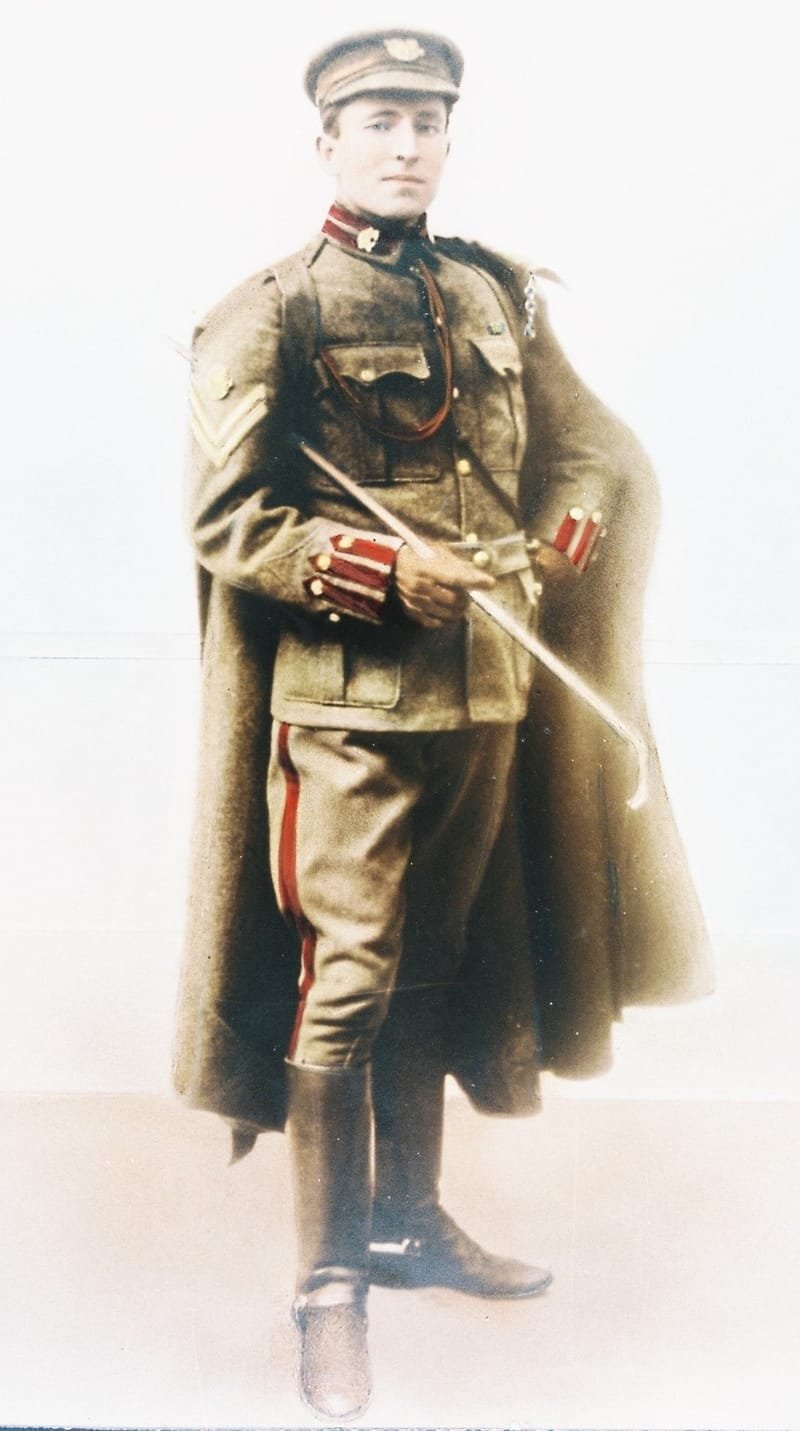 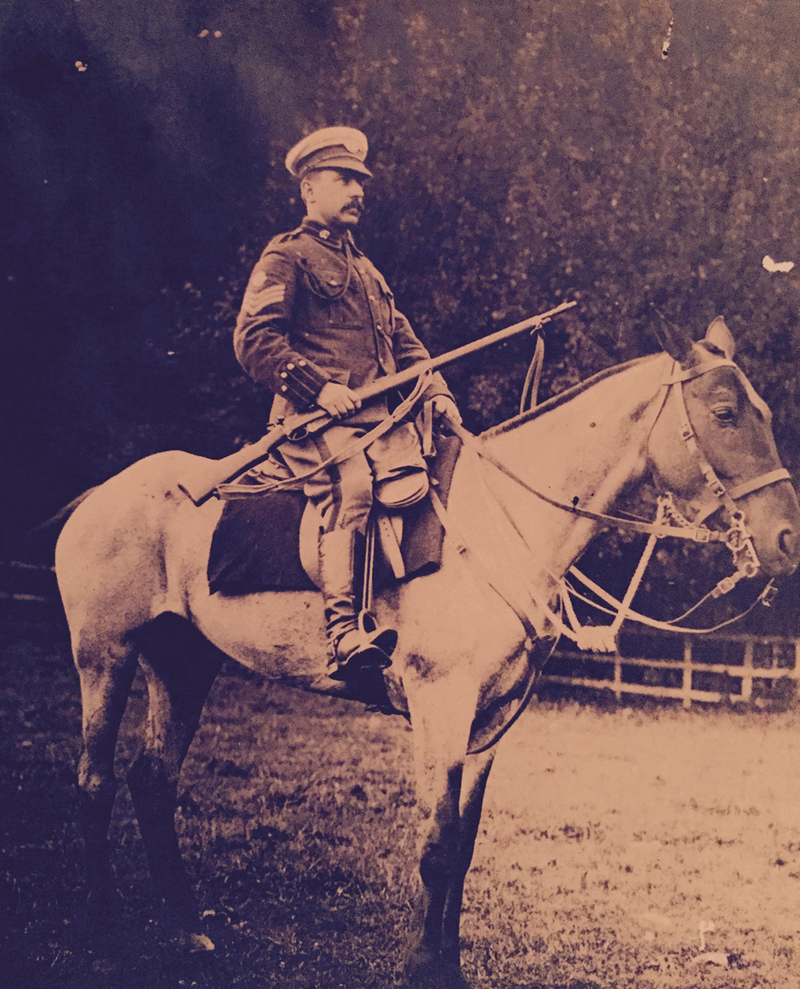 The Undress uniform of the King’s Colonials Officers and Other Ranks was as per the Full Dress uniform except worn with a flat, broad khaki forage cap with three scarlet welts, khaki peak with no piping and a tan strap.  This uniform was also worn as Walking Out Order with the addition of a cape, tan gloves and a whip.  The King’s Colonials were one of the first regiments to be equipped with the khaki forage caps which became widespread throughout the British Army from about 1906.  The forage caps were often worn with a white oilskin cover to protect the top of the cap from finger marks and foul weather.

Figure 84: Photograph of a mounted Sergeant Herbert MacIntosh of the 3rd (New Zealand) Troop of ‘D’ Squadron (British African) of the King’s Colonials Imperial Yeomanry circa 1904.  He is wearing Undress uniform with the Second Pattern forage cap in khaki with a white cap cover and has a ‘C’ Squadron (Australasian) arm badge above his gold rank chevrons and is wearing first pattern Regimental collar badges. He is equipped with the standard cavalry and yeomanry .303 Short Magazine Lee Enfield (SMLE) Mark 1 rifle. His actual tunic complete with New Zealand collar badges, overalls and gaiters is shown in Figures 97-108.