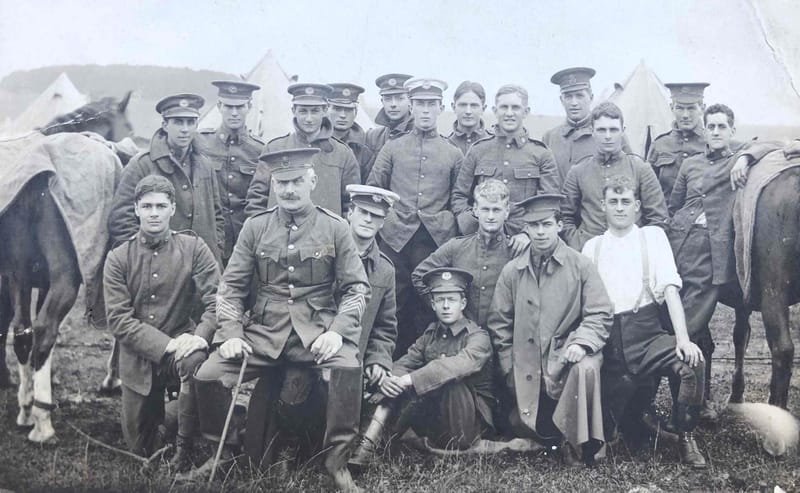 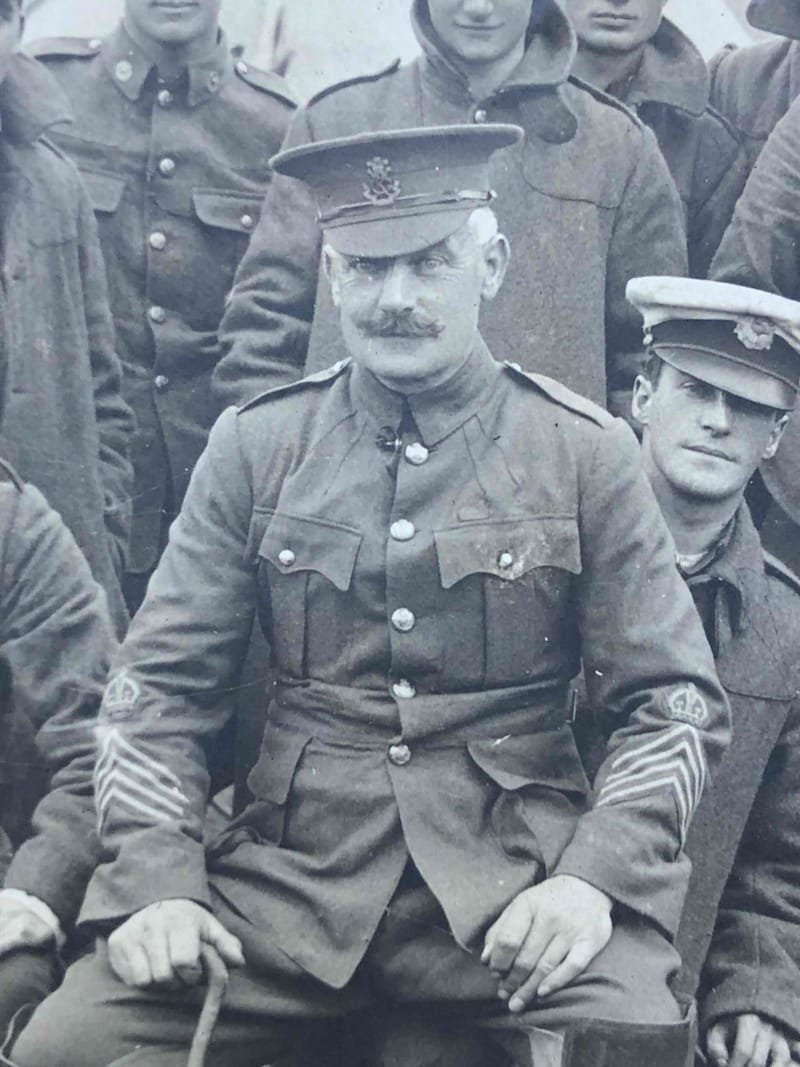 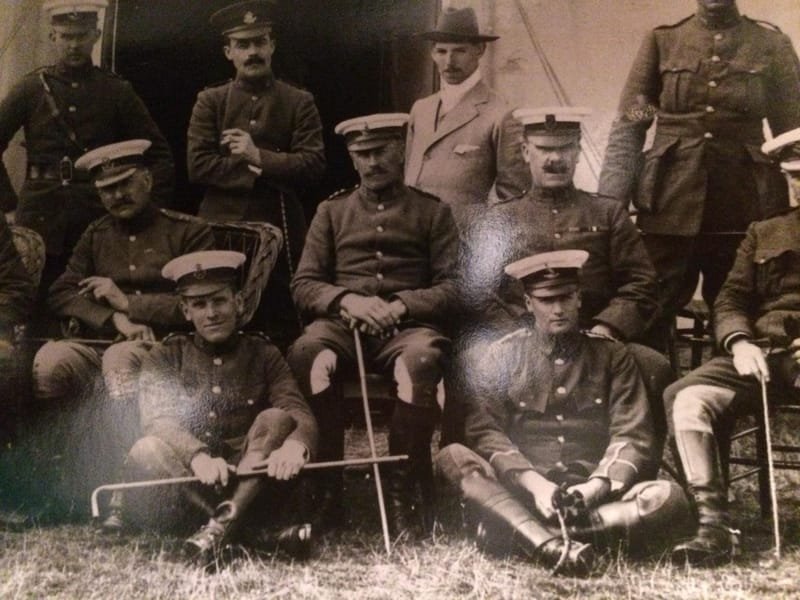 A group photograph at annual camp circa 1905-10 of 'D' Squadron (British African) of the King's Colonials wearing Service Dress.  The Squadron Quartermaster Sergeant is wearing his crown above the four Quartermaster chevrons on both lower sleeves.  He wears the Regimental badge in his cap unlike the majority of the Other Ranks wearing Squadron headdress badges and Squadron collar badges. Shoulder chains and titles are not being worn in this group photograph.

Figure 115: A group photograph at annual camp circa 1905-10 of 'D' Squadron (British African) of the King's Colonials wearing Service Dress.

Figure 116: A close up from the group photograph (Figure 115) of the Service Dress uniform of the Regimental Quartermaster Sergeant.

The Undress uniform of the Officers of the King’s Colonials Imperial Yeomanry was a Second Pattern, peaked blue cloth forage cap with a scarlet band bearing a gilt Regimental badge, scarlet piping around the crown seam and black patent leather peak and chin strap held in place with two gilt Regimental pattern buttons.  Plain blue trousers with turn-ups and black ankle boots completed the Officer’s Undress uniform. Field Officers had a gold embroidered edge to the peak of the forage cap; a blue serge coat with optional shoulder chains with four patch pockets, five gilt buttons to the front, one on each breast pocket and two buttons on each cuff.  Some of these uniform details can be distinguished on the Field Officer on the left in the second row.

Figure 117: Photograph of a group of Officers of the King’s Colonials Imperial Yeomanry in Undress uniform with the Second Pattern Forage Cap in blue cloth and a black peak with and without a white cap cover circa 1906.   Field Officer’s with gold embroidered peaks to their forage caps and wearing frock coats are on the far left and right in the second row.  The ‘C’ Squadron (Australian) Officer seated front right is wearing a ‘C’ Squadron headdress badge and his rank chevrons on his sleeve of his Service Dress uniform (R. J. Smith collection).

The Undress uniform of the Other Ranks of the King’s Colonials Imperial Yeomanry was as per the Full Dress uniform except that a khaki forage cap with scarlet band but no piping and a dark brown leather peak and chin strap with brass buttons and a brass Regimental pattern badge.  A khaki cloak was worn when walking out and tan leather gloves and a whip were carried.