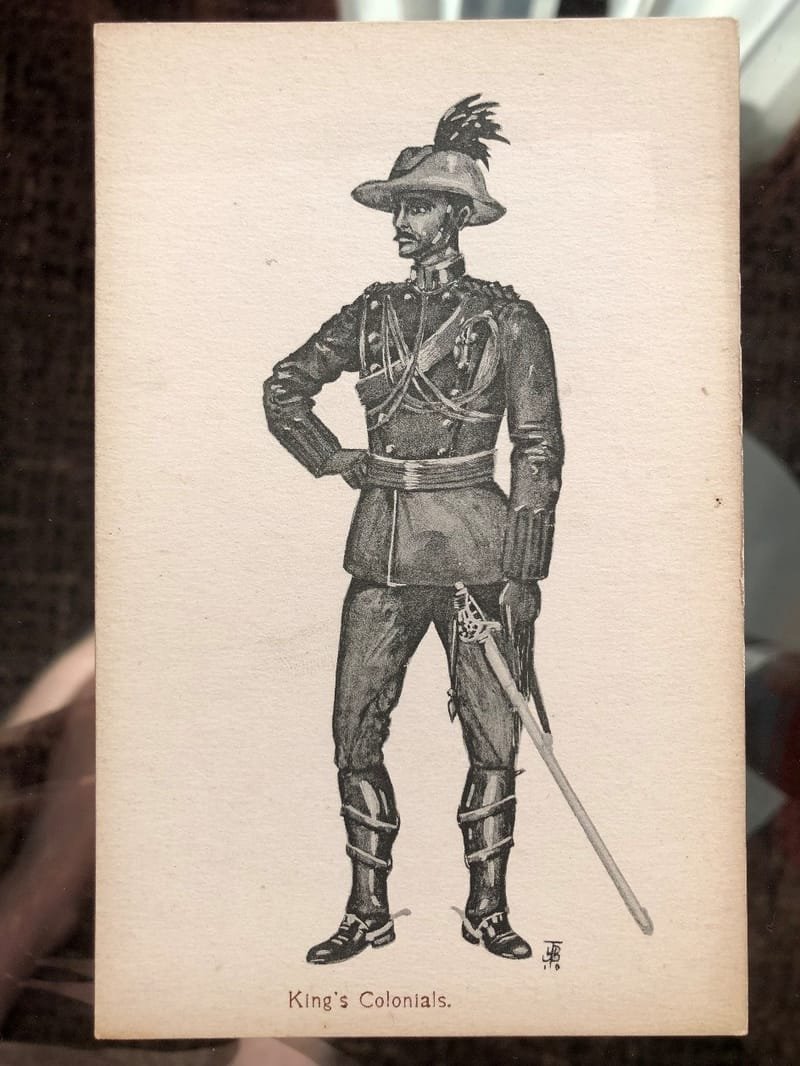 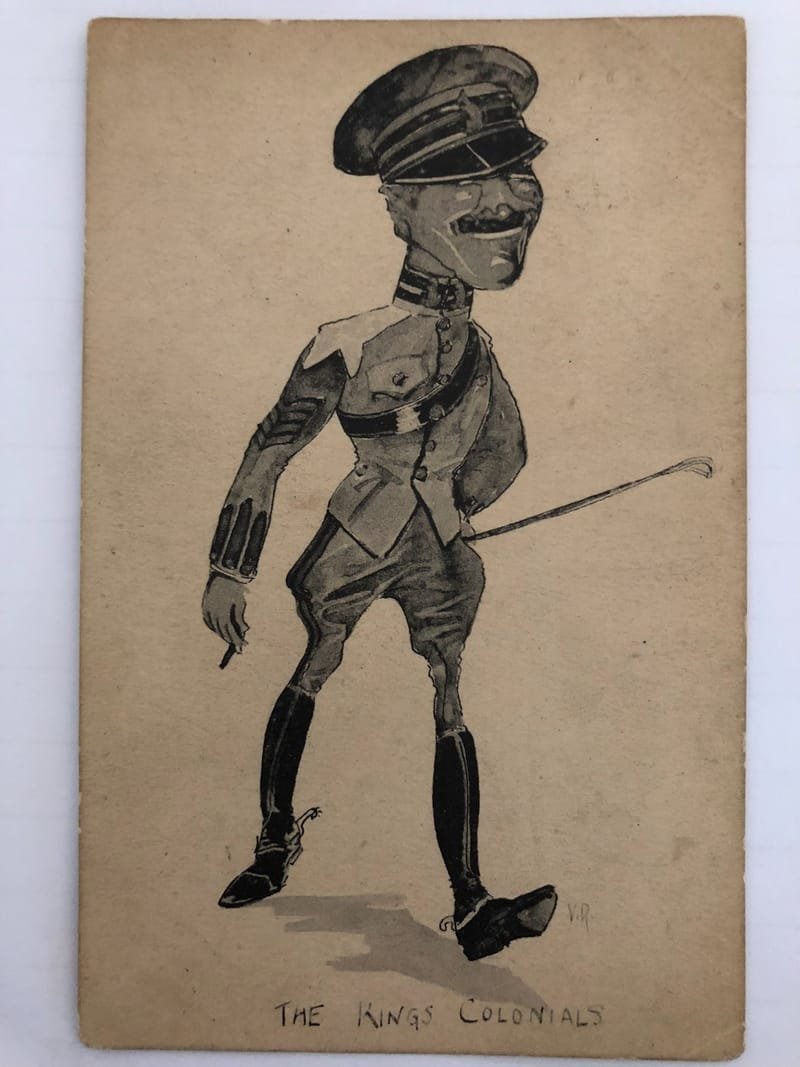 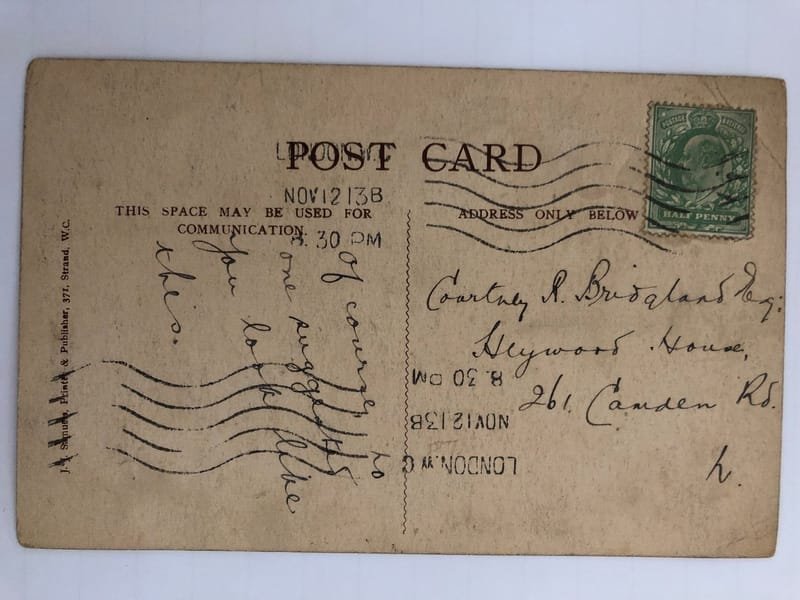 Figures 107-108: Front and reverse of a postcard depicting a tongue in cheek caricature of a King’s Colonial posted in 1910.  The sender writes ‘of course no one suggests you look like this’.