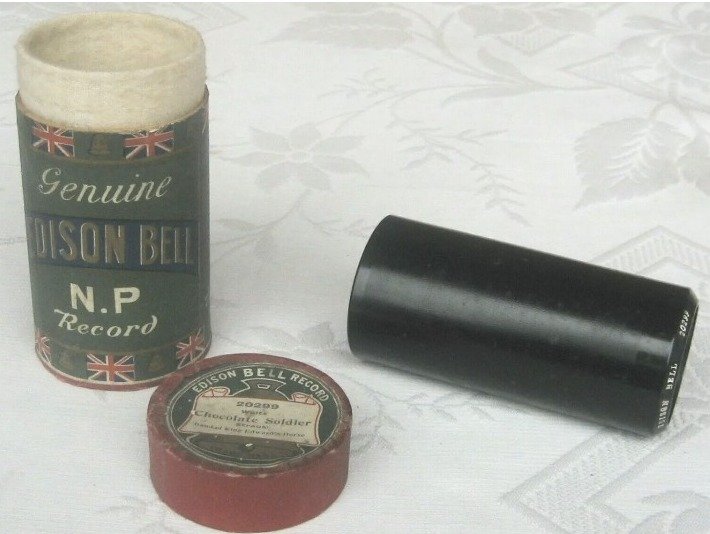 The band of the King Edward's Horse released a number of recordings as phonographs (see Figure 121) and early gramophone recordings.

Figure 121: Photograph of a Bell Phonograph Cylinder New Process Record of Chocolate Soldier Waltz (Straus) recorded by the band of the King Edward's Horse circa 1910-14.

Figure 122: Painting of a Bandsman of the 4th County of London (King’s Colonials) Imperial Yeomanry in Undress uniform circa 1902-05, note the scarlet top on the crown of the cap (R. J. Smith collection).

Figure 123: Cover page of the original music of the 4th County of London (King’s Colonials) Imperial Yeomanry march signed by the composer, Archibald Evans in 1902. Mr Evan's was the conductor of the orchestra at Frascatti's Restaurant in London. Colonel Fortescue when he took command of the Regiment changed the Regimental march to Elgar's "Land of Hope and Glory" with Bandmaster Anderson arranging the hymn in band parts.