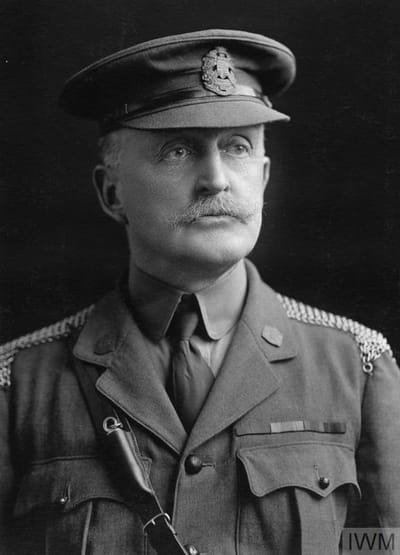 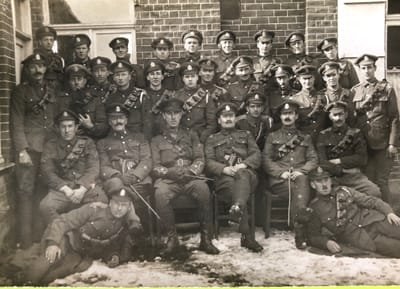 The 2nd King Edward's Horse headdress badge (KK 1134) was slightly larger than the first and second pattern (1st) King Edward’s Horse headdress badges (KK 1506 and 1507). The badge as described in Kipling & King is:  "A wreath of laurel on the left and oak on the right, surmounted by an Imperial crown. Across the top of the wreath a scroll inscribed King Edward's Horse, with a small label between the centre of the scroll and the crown inscribed 2nd. Scrolls on the wreath inscribed: (left) Canada,  N. Zealand and (right) Australia, S. Africa. In the centre  a shield bearing the Royal Arms, and below this three scrolls inscribed: (top) India, (centre) Crown Colonies and (bottom) 1914. Below the wreath a scroll inscribed Empire and Liberty.  In gilding metal also in bronze".

The 2nd King Edward’s Horse headdress badge (KK 1134) was sealed as Pattern Number 8598/1915 and approved on the 17/12/1915 in gilding metal for Other Ranks. Officers wore this headdress badge in bronze as Officer's Service Dress with matching collar badges as shown being worn in Figure 358.

Figure 359: A postcard produced in France of a group of 2nd King Edward Horse circa 1915-17. The Second Lieutenant (seated third from the left) is wearing an OSD headdress badge and the Warrant Officer (seated second from left with crowns on both lower sleeves) senior NCOs and Other Ranks are all wearing gilding metal headdress badges. The Warrant Officer is wearing gilding metal 2KEH collar badges. The Trooper immediately behind and to the right of the Second Lieutenant closely resembles Trooper Poulain in Figure 161.

Other Ranks of the 2KEH did not wear collar badges.

The collar badge depicted in Figures 369 is gilding metal and is die struck consistent with it being an Other Ranks collar badge.