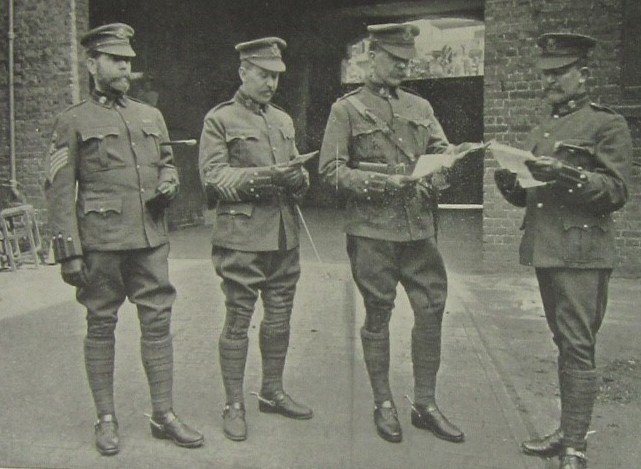 The group photograph (Figure 268) of senior NCOs and an Officer of the King's Colonials in 1902 shows both first and second pattern collar badges being worn.

In the Colin Churchill collection there was a single die-cast, flat backed, second pattern Regimental collar badge in bronze with north-south copper loops (Figures 269-270). No photographic evidence exists as to these bronzed collar badges being worn and it is likely they were intended for wear as part of the Officer’s Service Dress (OSD) uniform as has been noted for the Squadron OSD collar badges.