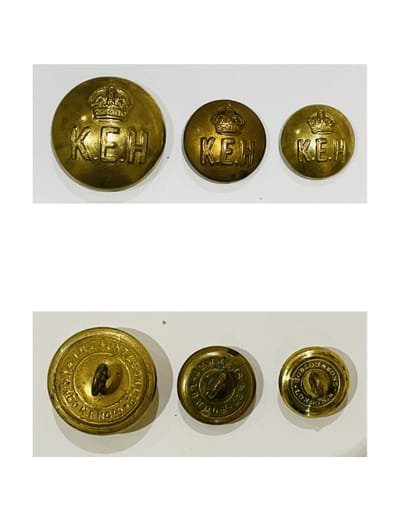 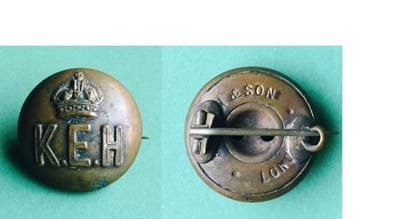 The cuff button is referenced as Ripley Ref No 420 as King Edward’s Horse (The King’s Overseas Dominion Regiment) 1910-24 with a similar depiction in Ripley and Darmanin Ref No 141 who note gilt for Officers and brass for Other Ranks.

A simple version of a sweetheart badge is shown in Figure 353 which is a King Edward’s Horse brass button made by Hobson and Son of London which has had the shank removed and a brooch fitting attached.

Figure 353: A King Edward’s Horse Other Ranks Full Dress tunic button in brass converted with a brooch fitting to a sweetheart badge.