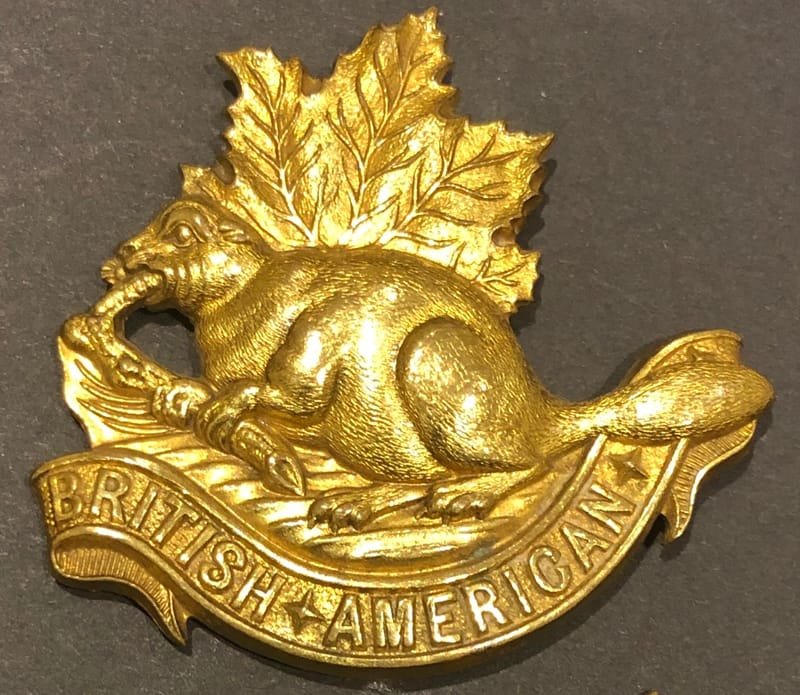 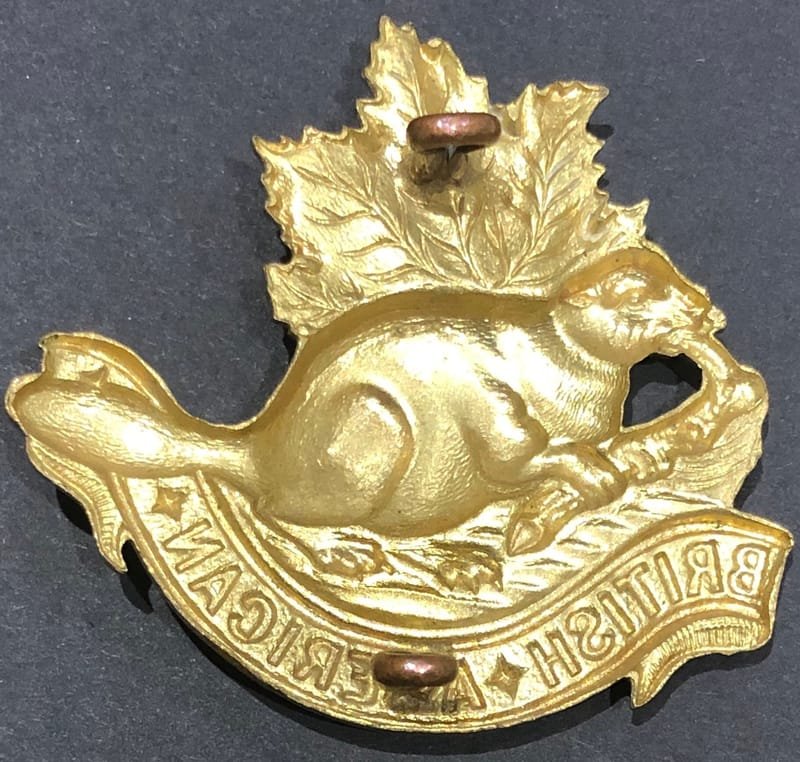 A genuine example of the ‘B’ Squadron (British American) Other Ranks headdress badge is shown in Figures 214-215.  This is a rich gilt brass badge with north and south loops with feet where the golden coloured braze covers the majority of the feet. The badge is a fine strike to the front and rear with crisp details especially the veins of the leaves. Examples of this badge with east-west footed loops are copies in my opinion.

Figures 214-215: A genuine example of a ‘B’ Squadron (British American) Other Ranks’ headdress badge (KK 1374) in gilt brass with north-south loops.